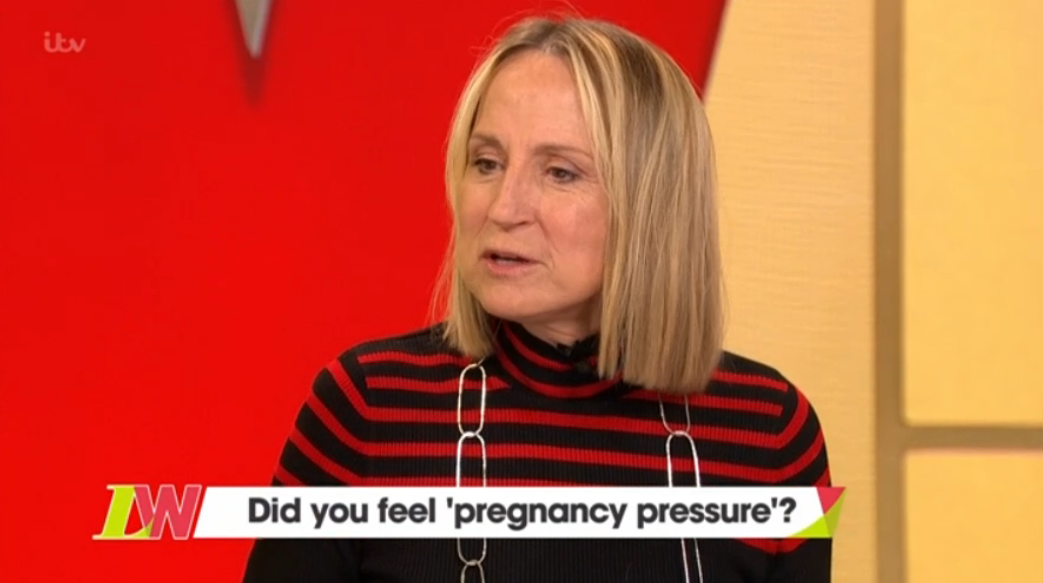 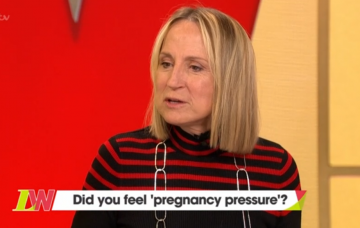 Carol McGiffin has opened up about why she’s chosen to not have children.

During Tuesday’s Loose Women, the presenter said she knew from a young age that she “never wanted” children as she saw her mum “struggle so much with four kids”.

Carol, 58, said she and fiancé Mark Cassidy, 35, had a conversation about children and she let him know early she wasn’t interested in starting a family.

The panel were discussing whether they were on the same ‘baby page’ as their partners about the decision to have kids.

Ruth Langsford, Linda Robson and Saira Khan all said they always knew they wanted children, while Carol said she held the opposite view.

Carol explained: “I think Mark knew, because he knew me from being on this show, that I didn’t want kids. I never wanted kids and it was never even a flicker, just don’t want them.”

When asked if she knew from a young age that she didn’t want children, Carol replied: “Yes I think I did. I think it was from seeing my mum struggle so much with four kids.

“I always used to think, ‘she’s mad, what did she have four kids for, she can’t manage with us’ and I thought, ‘no I can’t do that, I’m going to spend all my money on myself.'”

She continued: “When I met Mark, he knew I didn’t want kids. We did have a conversation about it but the fact is, he probably wouldn’t have put himself in the job if he thought I wanted kids because I don’t want them.”

Speaking about feeling pressure to have children, Carol said: “What annoys me is that people think nothing of saying to me, ‘oh you didn’t have any kids?’ and they always put that sad face on like it’s not on purpose.

“But what if it wasn’t on purpose. I think it’s a really insensitive thing to say to anyone.”

She added: “I wouldn’t turn around to any of you lot and say, ‘why did you have kids’, it’s just a really terrible thing to say, to question someone [about having or not having kids].”

Linda joked: “Sometimes you do wonder why you had them,” as the audience laughed.

Carol and TV producer Mark met at an end-of-series party for Loose Women in August 2008 and they quickly hit it off.

They got engaged the following Christmas Eve after Mark proposed during a romantic holiday in Phuket, Thailand.

Earlier this year, Carol revealed why she and Mark haven’t set a date for their wedding despite being engaged for almost a decade.

Writing in her column for Best magazine, Carol said: “I should be digging out my own three dresses I bought nearly ten years ago, looking at venues and sending out ‘save the date’ cards.

“But the thought of a big wedding with massive expense, the risk of bad weather, relatives you hardly know, people getting upset when you’re not invited and so on, just sends shivers down both our spines. And that’s why we still haven’t done it.”

Do you agree with Carol’s comments? Leave us a comment on our Facebook page @EntertainmentDailyFix and let us know what you think!