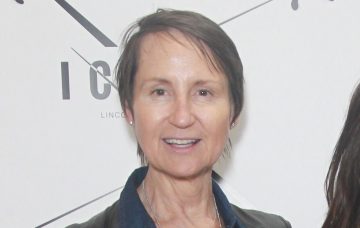 This is so exciting!

Loose Women legend Carol McGiffin is making a comeback to the panel next week!

The presenter, 58, left the daytime talk show back in 2013 after making her debut on the programme in 2003.

She said she’s been texting Carol and revealed the star is feeling “nervous” about her return.

She said in a statement: “Almost exactly five years ago I did my last show on Loose Women, and I have to admit I’ve really missed it – in more ways than one – so I’m absolutely delighted to be back on the show next week.

“I’m a bit nervous, but mostly I’m excited to be sitting behind that desk again with the girls, doing what I do best – talking rubbish!”

The show’s editor Sally Shelford also spoke of Carol’s return, saying the star was an “important part” of the programme’s 19-year history.

She said: “Carol has played an important part in the show’s 19-year history and is a much-loved part of the Loose family.

“We’re in a celebratory mood having recently marked 3,000 episodes, so it seemed like the perfect time to invite Carol back onto the panel for a catch up and to hear some of those famous opinions once again.”

This comes after Carol hit out at the show after she failed to secure an invite to Loose Women’s 18th birthday bash last year.

She shared a series of tweets, writing: “Not furious, not surprised, just a teeny bit sad.”

The presenter sarcastically replied to one fan saying: “I only did 13 years and over 1,000 shows, why would I even be asked???!!!”

Despite this, Carol has previously said she would go back on the show as a regular panellist.

Last year, when asked if she would return, Carol tweeted a fan: “Yes, I would go back but only if certain panellists were let go.”

Two years later, Carol revealed that she was battling breast cancer. She then underwent radiotherapy and had reconstructive surgery.

Denise said Carol will be filling viewers in on what’s she’s been up to since her departure next week.

Are you excited to see Carol back on Loose Women? Leave us a comment on our Facebook page @EntertainmentDailyFix and let us know.