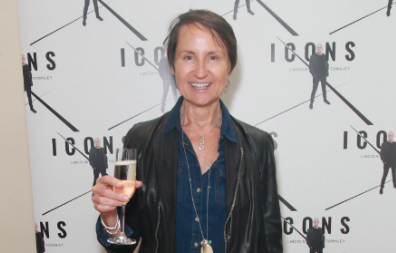 They've been engaged for nine years!

Her fiancé Mark Cassidy popped the question nearly a decade ago but Carol McGiffin still hasn’t set a date for their wedding.

Now the former Loose Women star, 58, has opened up about why she still isn’t any closer to walking down the aisle with Mark, who is 22 years her junior.

Writing in her column for Best magazine, Carol admitted she should probably be feeling inspired by the forthcoming royal wedding of Prince Harry to Meghan Markle.

But that hasn’t actually happened… and there are several good reasons why.

Carol wrote: “I should be digging out my own three dresses I bought nearly ten years ago, looking at venues and sending out ‘save the date’ cards.

“But the thought of a big wedding with massive expense, the risk of bad weather, relatives you hardly know, people getting upset when you’re not invited and so on, just sends shivers down both our spines. And that’s why we still haven’t done it.”

The broadcaster went on to ask readers to share their advice on how she can have a small wedding without offending friends and family who may be left off the guest list.

Carol and Mark, a TV producer, met at an end-of-series party for Loose Women in August 2008 and they quickly hit it off.

They got engaged the following Christmas Eve after Mark proposed during a romantic holiday in Phuket, Thailand.

Carol broke the happy news shortly after on Loose Women, telling the panel and the studio audience: “When we were on holiday he asked me to marry him and I said yes!”

She exclaimed: “Oh My God, I am getting married again! It doesn’t sound right coming out of my mouth.”

She said at the time they hadn’t thought about how they would tie the knot.

Carol has previously spoken out about the couple’s age gap, saying it is not an issue to either of them.

The couple have proved the naysayers wrong by still being together nearly ten years later, with Mark supporting Carol as she battled breast cancer.

When they do tie the knot, it will be the second wedding for Carol, who was married to Chris Evans from 1991 to 1997.

What advice would you give to Carol on planning a small wedding with Mark? Leave us a comment on our Facebook page @EntertainmentDailyFix and let us know what you think!