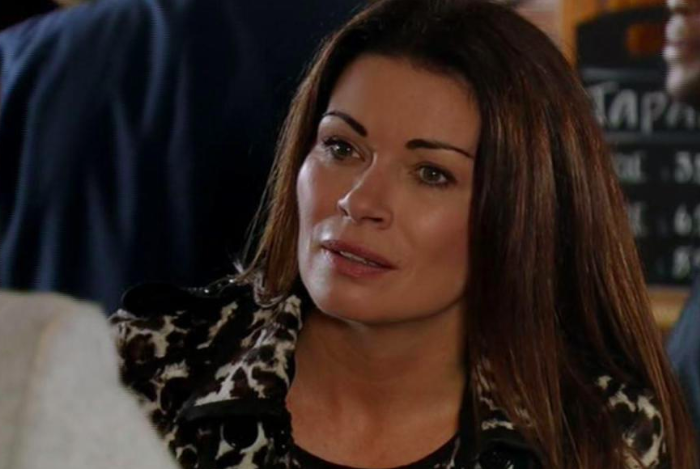 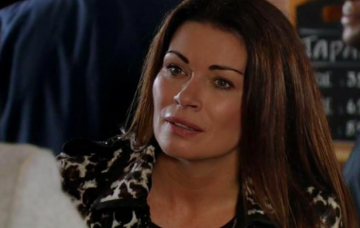 Rein it in, love.

She’s only been back on the cobbles for about five minutes but already Carla Connor can’t help but have a little meddle in the love lives of others.

Perhaps it’s a way for the former-factory boss to take her mind off her kidney failure, which was revealed to viewers on New Year’s Eve?

Fear not though, her interference comes from a genuinely good place.

Sadly, it’s not Toyah and Peter that Carla is trying to split up, but Sinead and Chesney.

Wait. What? Why would she do that?

Well, as we’ve already seen Carla has started to build up a little bond with Sinead’s ex fella, Daniel Osbourne, and next week she gives him some straight-talking advice about his feelings for Sinead.

And if there’s anyone to dole out some frank advice about affairs of the heart, it’s Carla.

With Sinead’s wedding to Ches looming pretty bloomin’ quickly, like THAT DAY, Carla tells Daniel he needs to fight for his woman.

She advises him to follow his heart and urges him to call a halt to the wedding.

While we can’t promise you fisticuffs in the fountain, we can tell you to expect altercations at the alter.

As Sinead gets into the wedding car, she spots Daniel across the street. The former couple exchange a look, full of intensity – and it doesn’t go unnoticed by Chesney.

As their friends and family flock to the registry office to see the (un)happy couple tie the knot – will Daniel make his move?

And even if he does, who’s to say Sinead would actually dump Chesney at the alter?

But we know that there is a new romantic interest being lined up for Daniel this year, with executive producer, Kate Oates, revealing to The Sun: “She’s unexpected. I think that people will go, ‘Oh! That’s a slightly crazy pairing!’ I don’t want to give too much away.

It’s one of those slightly unusual dynamics where, if you think about it, you can see what each of them is getting out of the relationship, but on paper you might think, ‘Oh, that’s a surprise.'”

So it looks like Daniel will be moving on from Sinead with this mystery lady *coughs – Carla*, but where will that leave Ms. Tinker who clearly doesn’t want to be marrying Chesney?