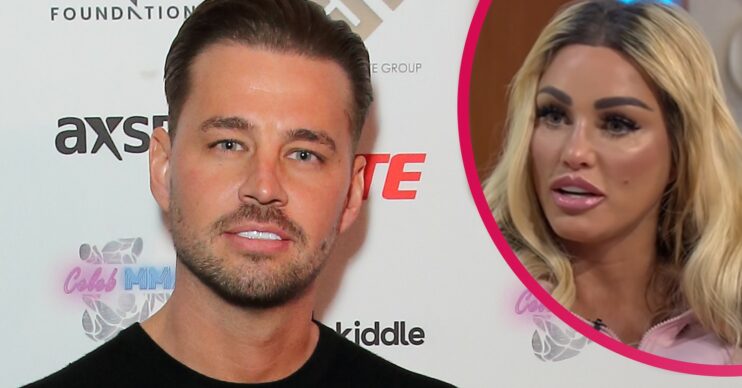 "Carl has made the decision not to attend"

Katie’s sister Sophie is set to tie the knot with her partner Harry Brooks.

However, Carl said he won’t be at the nuptials following claims Sophie had ‘banned’ him from the wedding.

However, Carl insisted he made the decision himself.

A representative for Carl reportedly told The Sun: “Carl will not be attending the wedding.

“Carl and Sophie’s partner, Harry, haven’t always seen eye to eye therefore Carl has made the decision not to attend.”

ED! has contacted reps for Carl and Katie for comment.

Katie’s sister Sophie announced she was engaged back in March.

At the time, Sophie said on Instagram: “Well I didn’t expect that round the fire pit last night… I said YES! #imengaged #yes #summerwedding.”

Katie and Carl sparked rumours they had split earlier this year. They’ve since appeared to confirm they’re back together last month.

The pair previously spoke about getting married themselves and having a baby.

In February, Katie said on ITV’s Lorraine: “We’ll be getting married this year, IVF, happy. I can’t wait to have more kids.

“I’ve been with Carl nearly two years now and unfortunately for Carl, I broke my feet a month into our relationship.

“So he was my carer because I was in a wheelchair for eight months.”

Speaking more about their IVF plans, Katie also said at the time: “We’re doing the IVF route. Although I feel young, my body is not.

“Each cycle you have, you lose eggs each time. I didn’t know that.”

She added: “Obviously I’m 44 this year and I haven’t got as many eggs as I wanted so we’re having to do IVF and we are doing it.”