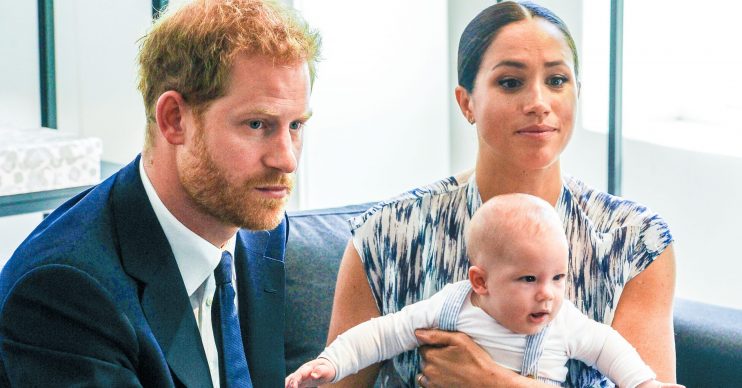 Canada to stop paying for Sussexes’ security bill next month

It's been covered by the Royal Canadian Mounted Police

Canada is reportedly set to stop paying for the Duke and Duchess of Sussex‘s security detail when they officially step down as ‘senior’ members of the Royal Family at the end of March.

The country’s Royal Canadian Mounted Police (RCMP) confirmed it will no longer foot the bill for Prince Harry and Meghan Markle’s security once they cease to be working royals.

As reported by broadcaster CBC, an RCMP statement revealed: “The Duke and Duchess of Sussex choosing to re-locate to Canada on a part-time basis presented our government with a unique and unprecedented set of circumstances.

“The RCMP has been engaged with officials in the UK from the very beginning regarding security considerations.”

It continued to explain that as the Sussexes are currently considered Internationally Protected Persons, Canada is obliged to offer security assistance.

And the RCMP has been providing assistance to the Metropolitan Police regarding the Duke and Duchess “intermittently” since November last year.

But that assistance will come to an end when their “change in status” means they are no longer working members of the Royal Family.

A unique and unprecedented set of circumstances.

The statement concluded: “The assistance will cease in the coming weeks, in keeping with their change in status.”

ED! contacted reps for the Duke and Duchess of Sussex for comment.

It follows a statement issued by the couple – in the wake of reports the Queen had prevented them from using the Sussex brand after they step down on March 31 – that referred to them needing “effective security” moving forward.

While they agreed to stop using the Sussex Royal brand, the Duke and Duchess insisted they will continue to require a security detail – although it is not yet known how the cost of such an arrangement would be met.

The statement, posted on their Sussex Royal website, read: “It is agreed that The Duke and Duchess of Sussex will continue to require effective security to protect them and their son.”