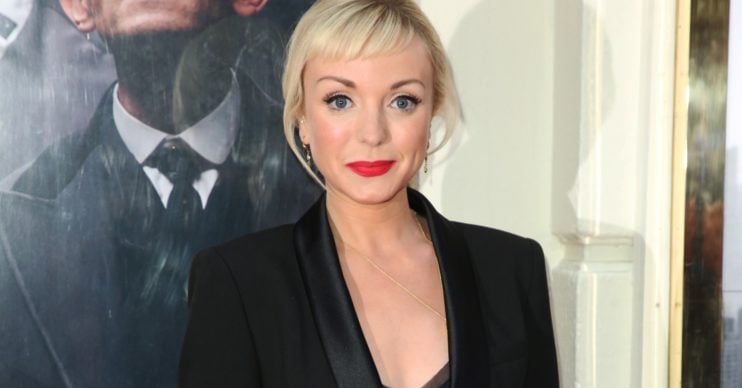 It was a magical time

Call The Midwife star Helen George has revealed she wasn’t always destined for the screen but could have been a famous singer instead.

The actress is most known for her role as Trixie Franklin in the BBC drama Call The Midwife, but she is a woman of many talents. She used to be a backing singer for none other than Elton John.

They were lovely, David is so nice. It was incredible

Helen originally trained in musical theatre at the Royal Academy of Music, where she caught the eye of the Rocketman singer.

She performed for the music star, who then offered her a place as his backing singer on his 2005 tour.

Speaking to The Mirror Online, Helen said: “He took some of us along on his tour that year, so I was a backing vocalist.

“We went to places like the Royal Albert Hall, Wembley, really amazing places.”

“It was a magical time, we’d hang out with him and [his husband] David Furnish in the bar afterward.

“They were lovely, David is so nice. It was incredible.”

The singing career wasn’t for Helen though, as she returned to acting from 2008 with appearances in Hotel Babylon and Doctors, before she joined Call the Midwife in 2012.

The 35-year-old actress said the timing of her career with Elton wasn’t right, and she found herself acting ‘arrogant’.

She admitted: “I was so arrogant then. I knew his music but I didn’t really know it. I was singing along to all of the songs. But at the time I was just like, ‘what’s he going to wear tonight?’ because he’s all about the costumes.”

She added: “Now I listen to his music and realise he’s a genius. The lyrics are just incredible too.”