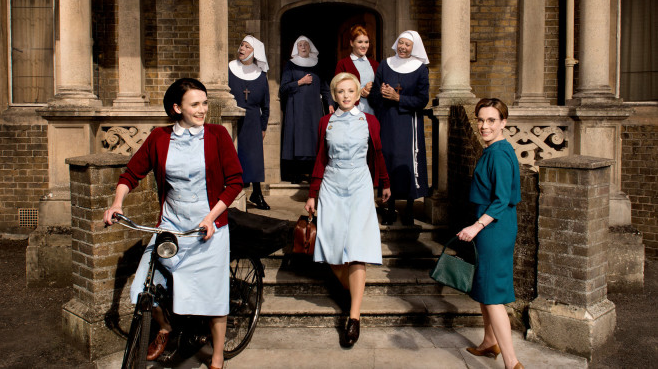 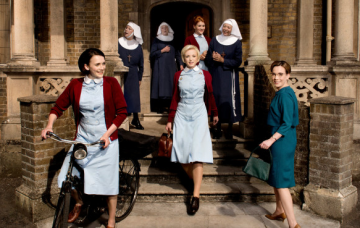 The countdown to series 8 begins!

The countdown for the new series of Call The Midwife has officially started as the show shared a behind-the-scenes shot to their Facebook page.

The pic shows a few of the members of the show’s Turner family, waiting to film a scene.

Read more: Call The Midwife bosses hit back at claims Miranda Hart is “banned” from returning

The caption spoke about the actors’ excitement at being back on the set – ahead of the show’s return to screens this Christmas.

“Some of the Turners were in the studio this week, and were messing about with selfies as usual,” the post said.

“Laura Main and Stephen McGann are waiting outside the studio door, waiting to film a family scene with young Max Macmillan, who plays Timothy.”

The post then commented on the how much Max has grown since his first appearance on the show in 2012 – adding a picture of his first day on set.

They spoke about how a strong bond between actors helped them perform well together.

“This bunch really enjoy working together, and so there’s always a bit of fun when they’re on set 🙂 The good nature and familiarity off-camera is a real help when there’s emotional stuff to do in our stories.

“The Turners have always been a big part of our world, and this year is no different. As 1964 progresses, you’ll be seeing plenty more from the Turner household…”

The end of the last series saw the community devastated by the sudden illness and death of Barbara Howard – played by Charlotte Ritchie.

After this year’s Christmas special, Call The Midwife is set to return for a full 8th series in 2019.

Are you looking forward to the new series of Call The Midwife? Let us know what you think of this story by leaving us a comment on our Facebook page @EntertainmentDailyFix!