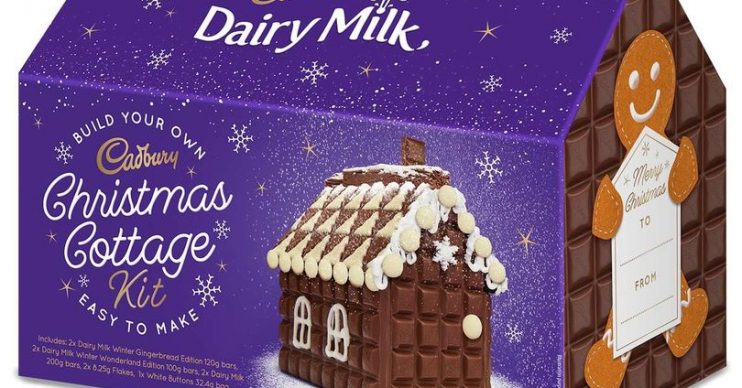 It's available to order now

Cadbury has launched a build your own Dairy Milk Chocolate Cottage for Christmas.

Forget the traditional gingerbread houses you can build, this winter you can build your own chocolate one instead.

The kit also includes instructions and a template for how to build the cottage.

However, the kit doesn’t include icing so you will have to source that yourself.

According to the instructions, it’s recommended you use a microwave to melt some of the chocolate so you can stick bars together.

The chocolate buttons will then be used to decorate the cottage.

The Christmas Cadbury Dairy Milk Chocolate Cottage is now available to be ordered online through Cadbury for £16 + postage.

Meanwhile, with just three months until Christmas, supermarkets across the UK are launching their food ranges for the festive period.

Aldi is selling halloumi wrapped in bacon as part of its new festive range, which was revealed this week.