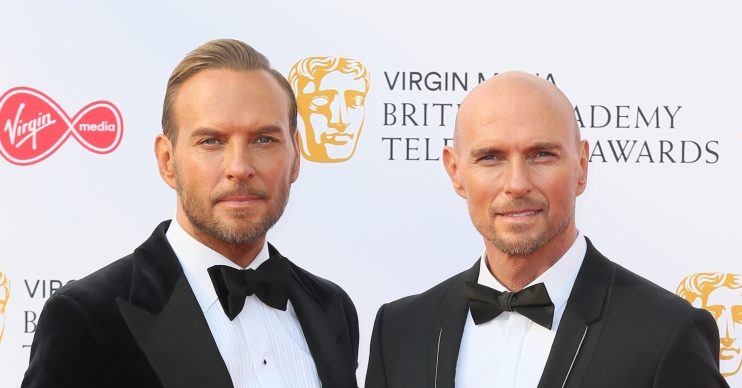 Defiant display out on the town

Despite claims that they had split, Bros star Luke Goss and wife Shirley Lewis attended the Baftas last night and looked all loved up.

The couple was at the Royal Albert Hall after Luke, 50, and brother Matt were nominated for a Bafta for their BBC Four documentary series, Bros: After The Screaming Stops.

But despite reports that Matt and Shirley had split, it was all smiles.

In two Instagram posts, Luke and Shirley were seen smiling and enjoying themselves.

Shirley wrote under one post: ‘@thelukegoss where is the bar’ followed by drinks emojis and a laughing face emoji.

In the caption, Shirley wrote: ‘fab night at the baftas with this lot @thelukegoss @mattgoss @ollyrowland.

‘We didn’t win but we did have a fantastic night #Love #family #teambros.’

Luke and Shirley’s glam night on the town came after reports surfaced that the couple’s 25-year marriage was in trouble.

A source told The Sun: “Luke and Shirley spent weeks at each other’s throats but now the marriage is over for good.

“Close pals have told them to take a breather and not give up on their 25 years together – but Shirley’s had enough.”

The source added: “She’s convinced Luke has been unfaithful during a recent trip away and he’s gone cold on her.”

After a stellar pop career in the 1980s, Matt and Luke found fame with a new generation with their BBC documentary series, Bros: After The Screaming.

The series went viral and propelled the Bros boys back into the limelight.

Luke married Shirley – a successful backing singer who has previously worked with Elton John and George Michael – in 1994, and the couple moved to Los Angeles 12 years ago.

Entertainment Daily reached out to Luke’s management and are awaiting a response.