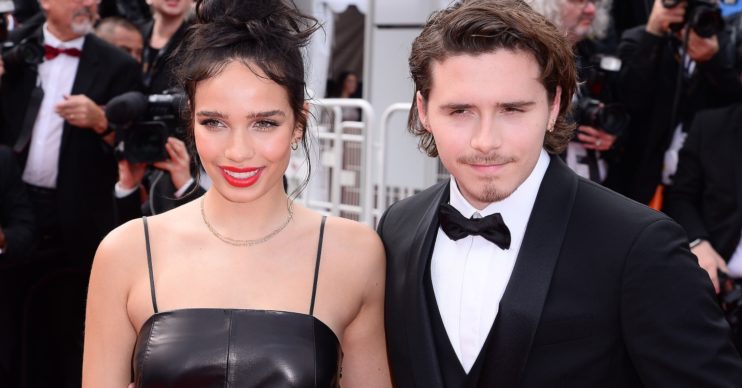 She is still raw from her split with Brooklyn

Brooklyn Beckham’s ex could cause trouble for the star’s newly engaged bliss. His ex-girlfriend Hana Cross is launching her singing career, and Brooklyn is being warned to ‘steer clear’ of the new music.

Hana and Brooklyn broke up last year after an explosive eight months together, and the model has now put her heartbreak into music.

She is still raw from her split with Brooklyn and it pains her to see him so happy.

A source close to Hana told The Sun: “She is still raw from her split with Brooklyn and it pains her to see him so happy.

“Her record has a few heartbreak songs and she isn’t afraid of expressing how she feels. ”

Hana is said to have started recording her debut album with savage lyrics believed to be about her break-up with Brooklyn.

The arguments between the pair were said to have got so bad that his dad David had to step in.

David reported to have told Brooklyn to end things with Hana

In June last year, it was claimed David had told his son Brooklyn to distance himself from his girlfriend following a series of explosive public rows.

The 45-year-old football star apparently asked his son to get some space from Hana.

One major row took place publicly at the Cannes Film Festival in May 2019. The couple later split in August 2019.

At the time, a source told The Sun Online that David and Victoria were thrilled the couple had split: “Brooklyn and Hana have called off their romance for good. David and Victoria are very glad and relieved and are backing him 100 per cent.”

Entertainment Daily has contacted both Brooklyn and Hana’s representatives for comment on this story.

Hana isn’t the only one to be upset at Brooklyn’s engagement to model Nicola. Brooklyn Beckham’s ex Lexy Panterra has also cast a shadow over his happy news.

Lexy has spoken out about his recent engagement, saying that he ‘falls in love every few minutes’.

She told The Sun: “I was pretty shocked and confused when I heard he got engaged.”

“It’s not something that anyone was expecting and, honestly Brooklyn is not ready for that. He is very young and way too immature.”
Lexy added: “I don’t know why he falls in love every few minutes. There is no consistency in his relationships. He has a new chick every month, so it’s surprising he would try to do this.”