Brooklyn Beckham has added to his already extensive tattoo collection with yet ANOTHER inking.

The 18-year-old revealed his latest design via Instagram, showing off the word 'Buster' tattooed just above his belly button.

It may seem an unusual choice of tattoo to some of us, but it actually has special meaning to Brooklyn.

And special meaning to his dad, David. 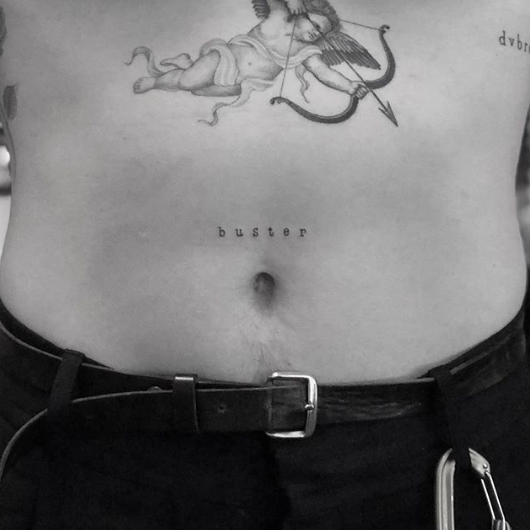 Yet another tatt to add to Brooklyn's collection! (Credit: Instagram @brooklynbeckham)

'Buster' is actually David's childhood nickname for his and wife Victoria's eldest son, who was born on March 4, 1999.

I've always called Brooklyn (Buster) since the day he was born. Love you Bust.

The nickname was made public back in 2015, when David had the word tattooed on his neck alongside a heart symbol.

At the time, David told fans: "I've always called Brooklyn (Buster) since the day he was born. Love you Bust."

And now Brooklyn has a matching tatt! 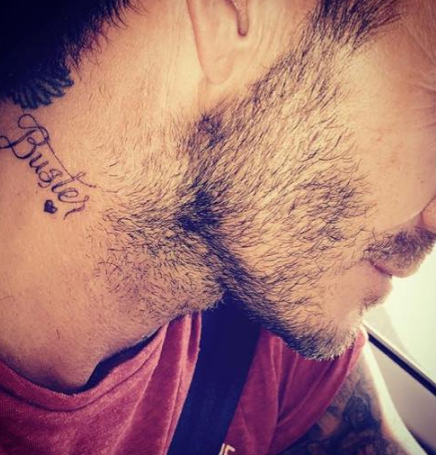 Meanwhile, Brooklyn also revealed just how close he is to his family by giving fans a glimpse of ANOTHER tattoo on his chest.

In the snap he shared to Instagram, just visible in the top right hand corner is a string of letters starting "dvbr".

While we can't see the rest of the inking, we're guessing it continues "ch".

That would be in reference to dad David, mum Victoria, brothers Romeo and Cruz, and little sister Harper.

Brooklyn is certainly taking after his tattoo-loving dad.

Already, at the age of 18, he's got a pretty impressive collection of inkings across his body including an eagle on his hand, a rose on his ribs, a camera on his arm, and Cupid on his chest.

He also paid tribute to mum Victoria by having 'mama's boy' written on his pecs.

Dad David chatted about Brooklyn's love of tattoos during an appearance on James Corden's chat show in the US last year.

He told a story about how Brooklyn went off to France with a girlfriend and nearly got his first tattoo... until David pointed out Brooklyn had promised to let David come with him when he had his first inking.

David explained: "He had been counting down the days [until he was 18] as he had talked about having a tattoo for a long time. 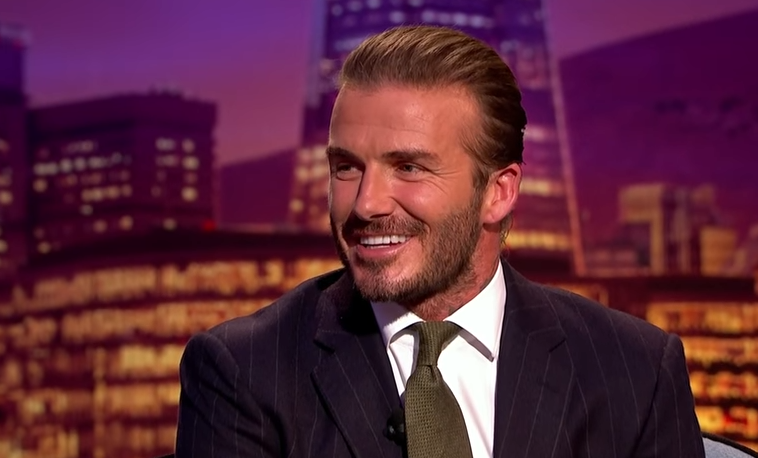 "He had always promised me - and I'd always said to him that when he got his first tattoo, I wanted to be there and experience it with him, as his dad. That was the deal.

"So I called him and said, 'What are you doing, mate?' He said, 'I'm just going for dinner' and I was like, 'Are you sure?' He said, 'Actually, dad, I'm in a tattoo shop and thinking about getting something.'

"I said, 'Okay, you're more than welcome to get something but remember, you promised me and I'm your dad. I would be really upset if you went through with it.'

"So he didn't. Thankfully he waited!" 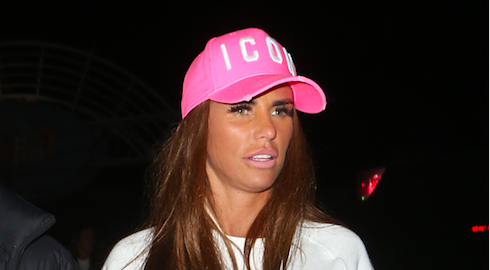