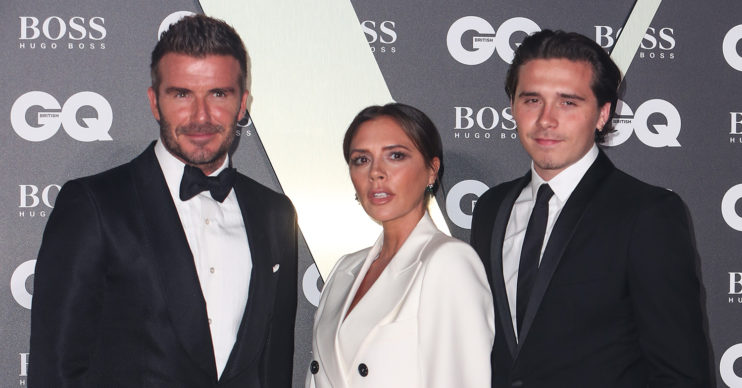 Celebrity offspring Brooklyn Beckham appears to have reunited with his parents David and Victoria Beckham in the UK.

The photographer, 21, has shared a major hint that he is back at his parents’ Cotswolds mansion.

Brooklyn shared a Boomerang video of one of his parents’ dogs on Instagram.

Sharing the video to his Instagram stories, the dog is shown sniffing at the camera.

Read more: Fans take David Beckham’s side as he and Victoria disagree over cardigan

Brooklyn shared the video in view of his 12 million followers.

“We are all missing @BrooklynBeckham so much”

And this could be a clear indication that he has reunited with his family.

He was separated from them for at least three months amidst lockdown.

The Beckhams’ eldest child was holed up in America with his actress girlfriend, Nicola Peltz.

Victoria shared her heartbreak at being separated from her firstborn.

Earlier this year she shared to her 28 million Instagram followers: “We are all missing @BrooklynBeckham so much as he remains in lockdown in the US.”

And on Mother’s Day she wrote of how much she still missed him.

She wrote: “I can not wait for the time when I can be reunited with all my family.

Read more: Piers Morgan hits back as trolls call him ‘bloated’ on GMB

Victoria and David have remained at their sprawling Cotswolds estate throughout lockdown.

Here they are living with their other three children – Romeo, 17, Cruz, 15, and Harper, eight, and their three adorable dogs – Olive, Sage and Fig.

The power couple have shared regular updates on their quarantine activities.

They’ve enjoyed plenty of countryside walks as well as chilling in the garden and home cooking.

David even shared a hilarious snap of himself with three of his four kids in bee keeper outfits.

Victoria explained in an earlier video that he had hand-built bee hives.

She said: “David has decided to start building bee hives.

“Is that your new project darling?”

David proudly replied: “It is.”

And when David shared photos of his fam in bee hive outfits, he couldn’t resist a “dad joke”.

He wrote: “I told the kids Bee careful… Apparently dad jokes don’t go down so well.”

And son Romeo cheekily replied with: “Dad remember when you used to “bee” taller than me.”