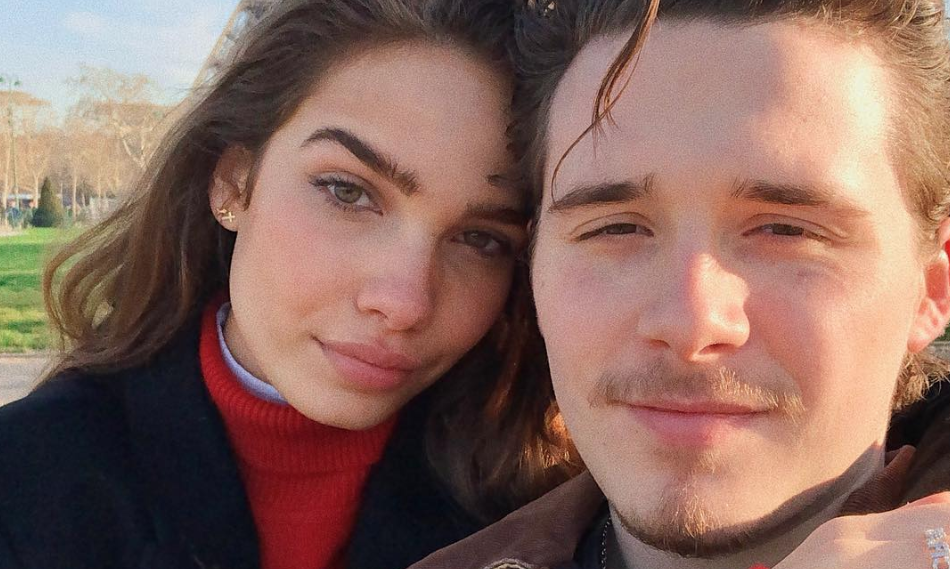 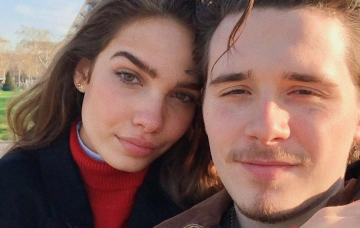 Have they had a disagreement?

Brooklyn Beckham has been photographed looking emotional during a tense conversation with his model girlfriend Hana Cross while out and about in Los Angeles.

The pair, who have been dating for only five months, were pictured in the 20-year-old’s car having an emotional chat that saw the aspiring photographer wipe away tears at one point.

In a second photo, obtained by the Mail Online, the model is also wiping her eyes with the back of her hand as a tearful Brooklyn sits next to her.

A third picture also shows Hana, 21, in tears as she stares into the distance, while Brooklyn appears to be desperately pleading with her as he leans over to her car seat.

It comes after they were photographed having what appeared to be another tense chat that saw Brooklyn’s younger brother Romeo step in between them.

Later that night, they were also spotted having a heated discussion outside a Beverly Hills restaurant.

The previous month Brooklyn was photographed looking worse for wear after having a row with Hana following a music gig in London.

A source told The Sun at the time: “Brooklyn had sunk a few beers and ended up getting into a row with Hana. It had been a bit of a wild night out and it got a bit messy.

“Brooklyn got really upset and ended up storming into the street. Hana read him the riot act and told him she didn’t like it when he was acting up and drinking too much.”

The Spice Girl-turned-fashion designer shared a picture from her dinner.

“The most beautiful day with my favourite people in the world,” she wrote alongside the cosy snap.

Meanwhile, last weekend the pair looked just as head over heels with each other as they partied at Coachella.

Seemingly in response to the pictures, Brooklyn took to Instagram to share a defiant message on Saturday, telling Hana he “loves her” alongside a picture of them together.

Ent Daily has contacted reps for Brooklyn for comment on this story.