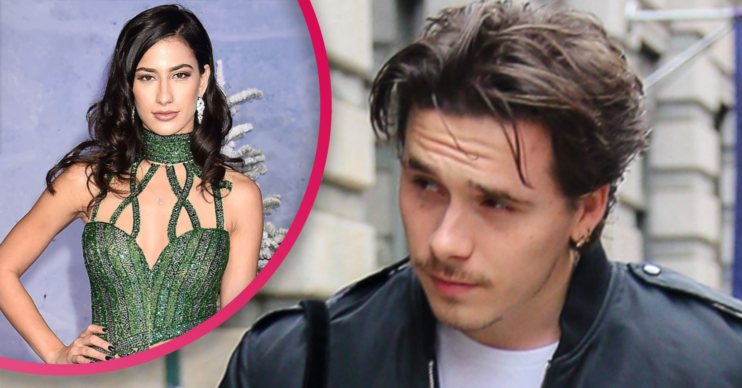 The pair dated for a year

Brooklyn Beckham’s ex says he is ‘too immature’ to get married.

In a new interview, Lexy Panterra, 30, cast a shadow over Brooklyn‘s recent engagement to girlfriend of nine months, Nicola Peltz.

The 21-year-old model and photographer proposed to billionaire’s daughter Nicola this week, popping the question with a £350,000 ring.

When did Brooklyn meet Lexy?

Rapper Lexy is nine years Brooklyn’s senior, with the pair dating for 12 months after they met at Coachella in 2017.

But now, she has spoken out about his recent engagement, saying that he ‘falls in love every few minutes’.

Lexy recalled that when she first met him, she didn’t have a clue who he was. She said that Brooklyn asked her for a photo after she performed with Post Malone, saying she thought he was a ‘little boy’. She then realised it was Posh Spice‘s son.

The artist said that she wasn’t attracted to him, adding that the way he dresses ‘does him no favours’.

After they split, in 2019, the pair didn’t stay friends. According to Lexy, they unfollowed each other on Instagram.

Brooklyn Beckham ‘not ready for marriage’

She told The Sun: “I was pretty shocked and confused when I heard he got engaged.

“It’s not something anyone was expecting and, honestly, Brooklyn is not ready for that. He is very young and way too immature.”

But she added that she’s certain there was no crossover between her and Nicola.

Lexy added: “I don’t know why he falls in love every few minutes. There is no consistency in his relationships. He has a new chick every month, so it’s surprising he would try to do this.”

After confirming that she has moved on, she said that she ‘couldn’t care less’ about the engagement.

Earlier this month, an insider said that Brooklyn and Nicola will actually have two weddings. Both will take place next year.

Read more: David and Victoria Beckham tipped to make millions thanks to wedding of son Brooklyn

The loved-up couple will have one ceremony in Florida and the other in the UK.