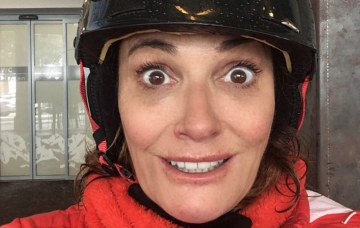 Broadchurch’s Sarah Parish updates fans on her horrific sledging injury, but what stern words did she give herself?

She admits it was silly sledging on a piece of plastic

After being rushed to hospital with a broken leg following a sledging accident, Broadchurch star Sarah Parish has taken to Instagram to thank her fans for their well wishes.

She has also updated us all on how she’s doing, after spending two days in Winchester Hospital.

“Well I didn’t realise my broken leg (on) Insta would cause such a commotion but I’d like to thank you all for your get well wishes and kind words…and in some cases strong words,” she said.

The actress, 49, who was out playing with her eight-year-old daughter in the snow left by the formidable Beast from the East winds, previously told fans how she had been ‘snow boarding’ on a ‘cheap plastic sledge’ when she took a fall.

And after joking, “Note to self…the sledge is for gently trundling down primary slopes”, Sarah now admits, “Yes, I am (silly) for trying to snowboard on a plastic sledge. We live and learn.”

Fans quickly jumped to send their best wishes to Sarah, although one joked that she had been ‘a silly sausage’.

Perhaps explaining Sarah’s excitement at jumping feet-first onto a sleigh, is her skiing trip to Austria in February.

Clearly not one to steer away from extreme sports, she had previously posted a picture of her in a ski-mask with the caption, “Skiing is either absolutely BRILLIANT or mind-blowingly terrifying.”

The mum also joked that she had been ‘wiped out’ by her daughter on the same trip.

Clearly surprised by attention she has received over the last couple of days, the TV star was eager to turn the limelight on somebody else – strangely, Donald Trump.

“But now, back to more worthy matters my friends. The earth is sinking in plastic and massive wotsit is running America. #backtowork.”

Talking of going back to work – Sarah has currently been putting all of her energy into supporting several charity events held for The Murray Parish trust, which raises money for children’s hospital facilities in the south of England. 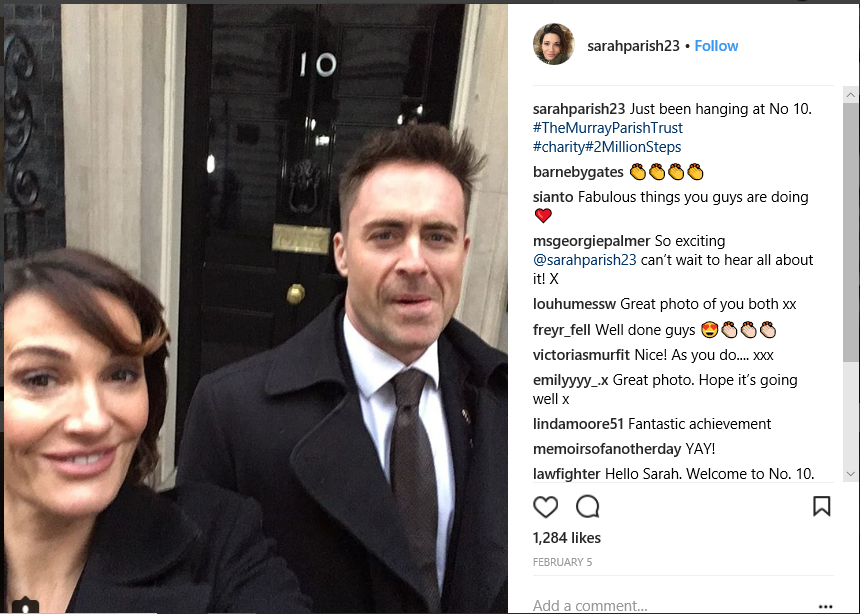 Sarah and her husband James Murray first set up the charity, which focuses on ‘imaginative and creative’ fundraisers, after losing their daughter Ella-Jayne to a heart defect in 2009, when she was just eight months old.

Read more: Gemma Collins moves on from Arg as she vows to track down celebrity crush

With all of the incredible work she’s doing, it’s little surprise all of Sarah’s supporters are hoping for a swift recovery for the star.

Do you have your own stories of snow-fun or no-fun over the last few days? Tell us your story and comment on our Facebook page @EntertainmentDailyFix