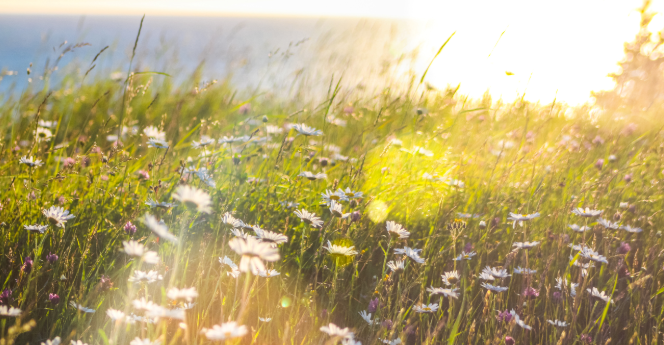 But colder temperatures are on the way...

Britain is set to enjoy a mini-heatwave this week as temperatures could reach the mid-20s in some areas.

According to the Met Office, warm air will sweep in from the south and it could be hotter than Benidorm in the UK over the next few days.

It’s been said that it could even reach 24C in parts of Scotland and northern England by Wednesday (May 15).

#Temperatures are on the rise during the first half of this week 📈 🌡️, although it is likely to cool off again later 📉 pic.twitter.com/TkqFndqw8E

Read more: Summery conditions on the way with temperatures set to shoot up

Meteorologist Craig Snell told The Sun Online: “We’re going to be expecting very dry weather with plenty of sun within the next three days.

“The temperature will peak on Wednesday, reaching 24C in parts of Scotland and northern England. We’re going to see some rain creep in the the second half of the week, as temperatures will begin to settle down on Friday.”

From Monday (May 13), temperatures are predicted to increase leading up to Wednesday.

Met Office meterologist Alex Burkill added to the publication: “We’re going to be expecting a largely fine week ahead of us. Temperatures are going to be increasing and we’re going to see a high of 24C in some parts of the country.”

However, the warm weather isn’t expected to last long as temperatures will plummet at the end of the week.

According the Met Office’s long-range forecast, next week will see an increasing risk of showers and they could become heavy, with a small risk of thunder.

There will also be some drier spells, with the driest, brightest weather most likely to be in west and northwest Scotland, where it will also be warmest.

Plenty of #sunshine around this afternoon ☀️☀️☀️

Sunglasses and sun cream at the ready – #UV levels will be high 😎 pic.twitter.com/M9frEFY17Y

Read more: Britain set for a drenching ahead of forecasted heatwave

Temperatures elsewhere will be close to or rather below average at first, especially in parts of the east, but they will tend to become a little warmer through next week.

Meanwhile, weather at the end of May and start of June is likely to include dry and bright periods punctuated by occasional wetter and windier spells.

The best of the sunshine and dry weather, as well as the highest temperatures, will be in the north.