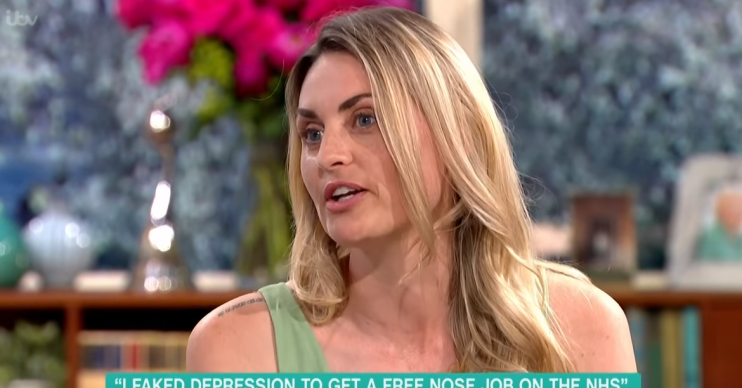 A woman dubbed ‘Britain’s most hated’ has been ‘forced to take her children out of school’ after being egged.

Carla Bellucci from Borehamwood faked depression in order to get a £7,000 nose job on the NHS and now says that she fears for her life and is scared to leave the house.

Single mum-of-three Carla, 38, says her house and car had eggs thrown at them on a weekly basis.

Speaking to The Sun, Carla said: “The trolling is on another level. It has got really serious now and I do fear for my life here.

“I know I’ve brought it on myself but it’s unbearable. My children can’t even go to school, they are being home-schooled.

“I have received death threats on Instagram. People say I don’t deserve to have kids and they wish I would die in a car crash.”

Carla, who has deleted and now disabled comments on her Instagram account – where she has 90,800 followers – has also revealed some of the trolling on her social media accounts.

She claims that she has been called “human garbage”, “scum” with one saying, “I hope you die”.

Another troll said: “Do the world a favour and stop stealing the oxygen, or get a job because you are literal human garbage.”

Read more: Kerry Katona calls out troll for trying to ‘humiliate’ her with rude comment

Earlier in the summer, Carla appeared on This Morning and admitted she didn’t regret faking her depression.

She explained she’d had the op in February and claimed “no one checked a thing”.

She said: “I did bend the truth to get a nose job on the NHS… Would I do it again? I took it, and I think a lot of other people would.”

Clearly having problems with his guest, an angry-looking Phillip told her she would get “battered on social media” before admitting her nose was still “a bit off”.