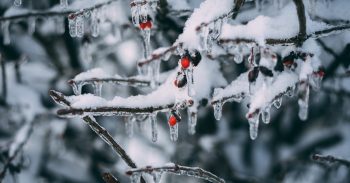 Britain to plunge into -2C deep freeze this weekend

Snow could even hit some parts

Britain is set to plunge into a -2C deep freeze this weekend as sleet, snow and hail hit the country.

The Met Office has warned heavy rain, hail and sleet are also set to batter parts of the UK.

Despite Brits experiencing some warmer weather these past few days – with some parts enjoying up to 18C – temperatures are set to drop into the minuses, with snow creeping up to Scotland.

Any lunchtime plans? It will remain dry but cloudy across much of England & Wales, feeling pleasant in any sunny breaks. Windy with rain & showers for Scotland & NI pic.twitter.com/RmMN4bfyJY

Director of digital weather company Weathertrending Sara Thornton told The Sun: “It will be down to freezing in some parts of the heart of England, maybe -1C and 2C or so in rural Scotland.

“It’ll actually be bit colder than that on Saturday night with -1C or -2C in parts of northern England and the Scottish borders and possibly the same on Monday night.”

Before the cold snap, rain is on the cards for many areas on Friday – with up to two inches expected in certain regions.

However, the cold snap will really kick in on Saturday (March 23).

He told the publication: “For the north of Scotland, north of the central belt, it’s a blustery day and a lot of showers coming through.

“Those showers — rain, hail, sleet and hill snow — so quite lively conditions in the far north of Scotland and feeling quite cold where this occurs. Temperatures on the whole lower elsewhere behind this colder front but feeling pleasant enough where we’ve got some sunny spells.”

She warned that Brits should “make the most of the weather while they can”.

According to the Met Office, there will be frequent blustery showers in northern parts of the UK on Sunday.

Overall, it will be partly cloudy skies with warm sunny spells by day, but overnight frost and fog is possible.