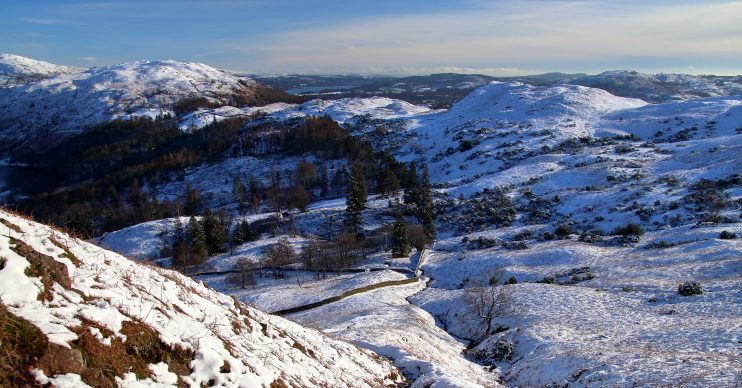 UK Weather: Britain to face snowfall and freezing fog as voters go to the polls

It's not expected to impact turnout

The UK could find itself in the grip of sub-zero temperatures during election week, as Brits head to the polls on December 12.

According to predictions from the Met Office, frost is likely with freezing conditions in certain parts of Britain.

Met Office spokesperson Nicola Maxey pointed to “below average” temperatures for this time of year, with “potential of snowfall” in higher regions.

She said, as reported by The Sun: “The unsettled weather is set to continue with rain and strong winds at times. Colder weather, particularly developing on Wednesday to Thursday, has the potential of snowfall on some hills and mountains in Scotland and a dusting on the Pennines.”

The rest of the UK is forecast to see freezing fog and winds, as temperatures drop in the run-up to election day on Wednesday.

It’s not ideal, but experts say the evidence shows adverse weather has just a “small effect” on voter turnout.

There’s therefore nothing to suggest that turnout this year will be any worse than the last general election in 2017 when, according to the Electoral Commission, 68.8 per cent cast their vote.

Ipsos MORI chief exec Ben Page said the only winter election to compare this year’s to is the general election of February 1974, when the weather was “bad” but turnout, at 79 per cent, was actually up on 1970.

The unsettled weather is set to continue with rain and strong winds at times.

He said other factors, including the perceived importance of the vote among members of the public, likely play as big a part in determining turnout as the weather.

Mr Page said it’s “unlikely that the weather is going to deter anyone going to the polls who wasn’t already staying at home” and added: “Most of the evidence shows that weather actually has quite a small effect on turnout”.

Before the weather gets colder, the UK looks set to continue seeing wind and showers.

Friday (06.12.19), the Met Office reported, will see “bright or sunny spells” coming in from the North West.

Good morning UK! Windy with rain or showers at times today. Some bright or sunny spells spreading in from the northwest. Milder than recently for most of England and Wales but a colder day than Thursday over Scotland and Northern Ireland. More here: https://t.co/cQSfu1VDbo ^Steve pic.twitter.com/aV89AjEy0d

More wind and rain is on the cards, and while most of England and Wales will be milder than Thursday, conditions in Scotland and Northern Ireland are expected to be colder.

The Met Office tweeted: “Windy with rain or showers at times today. Some bright or sunny spells spreading in from the northwest. Milder than recently for most of England and Wales but a colder day than Thursday over Scotland and Northern Ireland.”