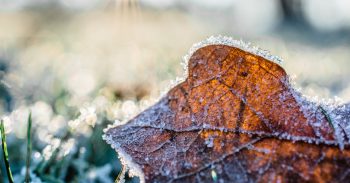 It's going to be much colder

Brits have been told to enjoy the last day of warm weather as temperatures are expected to plummet for the bank holiday weekend.

An ‘Arctic Chill’ is apparently expected to hit the UK in the second half of this week as temperatures drop below average.

Temperatures are predicted to peak at 20C in some parts of the country on Tuesday and the Met Office has warned that sunlight in some areas of the south-east of England means that UV levels will be high.

However, later in the afternoon, rainfall and cloudy conditions will arrive in the west of the country and temperatures could drop to lows of 6C.

Later into the week, the weather is expected to get worse as Wednesday and Thursday could see rainfall.

According to the Met Office, showers are expected on Thursday and that will be followed by much colder weather from Friday with early frosts.

The weather service has said cold, showery conditions will probably affect the east and far north on Saturday, with the showers likely to be wintry over northern hills.

It’s been said that for the rest of the bank holiday weekend, a pattern of generally dry weather is likely to develop, with a fair amount of sunshine across most parts.

However, western and northern areas may eventually see some more changeable and windier conditions later.

In the days before the May bank holiday, temperatures could potentially drop to 4C, according to the Daily Star.

It comes after it was reported Brits could bask in 28C as a ‘Spanish plume’ is expected to arrive later in May.

Weather Outlook forecaster Brian Gaze told The Sun: “28C would not be a surprise later in May, with warm air expected to arrive from southern Europe, known as a ‘Spanish plume’.”

“The probability the UK average temperature falls into the warmest of our five categories is 45%. The coldest category is 5%.”

Met Office forecaster Martin Young added: “From May 11-25, there are indications fine and dry weather will dominate, with temperatures near or perhaps above average.”