Harry took to the stage to perform his ballad Falling and viewers were left emotional. 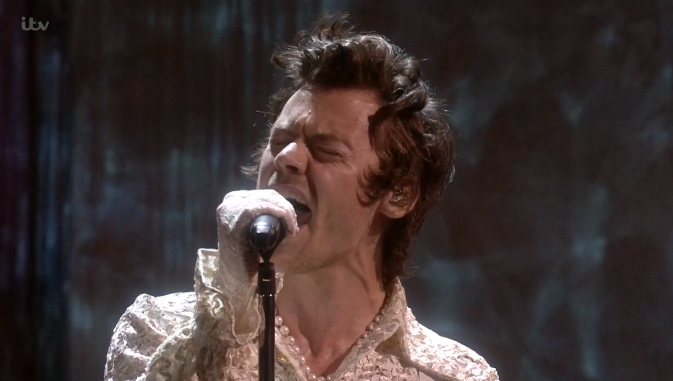 One person said on Twitter: "Have a feeling Harry was thinking and singing his heart out for Caroline."

Have a feeling harry was thinking and singing his heart out for Caroline.

Another wrote: "Felt like @Harry_Styles sang that for Caroline."

A third added: "Harry Styles eyes look so sad during this performance. Caroline clearly made a huge impact on so many, so sad."

Even if the song Harry Styles is singing isn't about Caroline Flack, I feel like he's singing it to her. My heart is broken 💔 #Brits2020 #BRITs

Harry Styles eyes look so sad during this performance 😢 Caroline clearly made a huge impact on so many, so sad #Brits

You could see the pain in Harry's eyes and the fact that he must be emotional over the passing of Caroline just made that performance even more heartbreaking.#BRITs

At the start of the show, host Jack Whitehall paid tribute to Caroline calling her a "kind and vibrant person".

He said: "Over the weekend we learnt the awful news that a member of the BRITS family, our friend Caroline Flack tragically passed away.

"She was a kind and vibrant person with an infectious sense of fun. She will be sorely missed.

"I'm sure I speak for everyone here when I say that our thoughts are with her friends and family."

Singer Lewis Capaldi then performed his hit song, Someone You Loved.

Jack paid tribute to Caroline at the start of the show (Credit: ITV)

It comes after Harry appeared to pay tribute to her on the red carpet at the awards ceremony.

Harry had a black ribbon pinned to his blazer, which is believed to be a symbol of remembrance or mourning.

Tributes have poured in on social media following the news of Caroline's tragic death.

Caroline's family said in a statement at the weekend: "We can confirm that our Caroline passed away today on the 15th February. We would ask that the press respect the privacy of the family at this difficult time." An inquest into the star's death will be held on Wednesday (February 19).