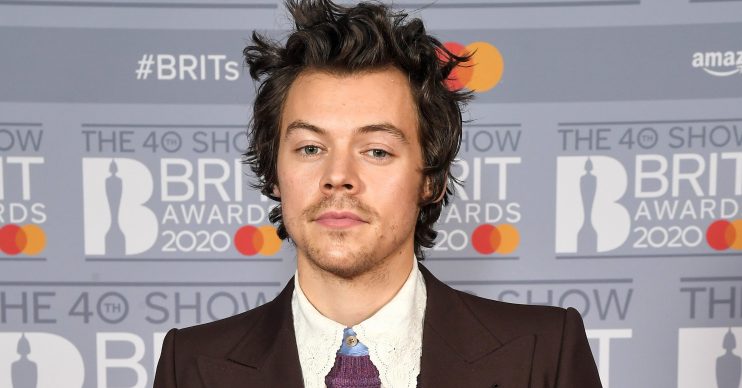 He hasn't yet spoken out about her death

Taking to the red carpet at the awards show on Tuesday evening, the singer – who dated Caroline when he was 17 – wore a maroon suit with a purple jumper underneath.

Harry appeared to pay tribute to Caroline by having a black ribbon pinned to his blazer, which is believed to be a symbol of remembrance or mourning.

Tributes have poured in on social media following the news of Caroline’s tragic death.

Her family said in a statement at the weekend: “We can confirm that our Caroline passed away today on the 15th February. We would ask that the press respect the privacy of the family at this difficult time.”

The channel also revealed it was in “close contact” with Caroline and were “constantly offering her assistance and help”.

Before her death, Caroline was reportedly distraught over the Crown Prosecution Service’s decision to pursue her assault trial for allegedly assaulting her boyfriend, Lewis Burton, back in December 2019.

Following the news of her death, Lewis paid tribute to Caroline and said his “heart is broken”.

He wrote on Instagram: “I am so lost for words, I am in so much pain I miss you so much, I know you felt safe with me, you always said ‘I don’t think about anything else when I am with you.’