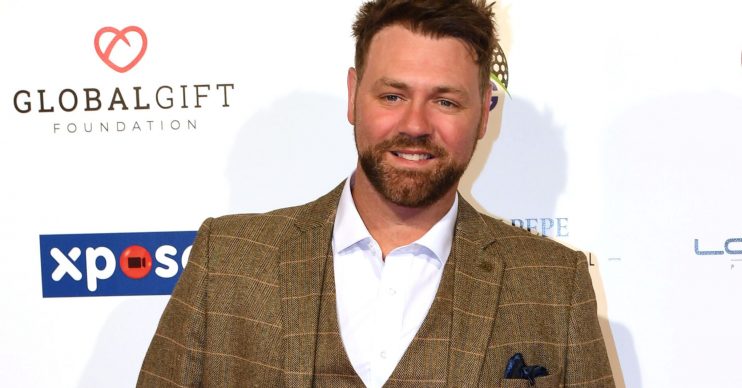 Brian has two daughters with Kerry

Brian McFadden posted a sweet snap of him hugging daughter Lilly-Sue, who he shares with Kerry Katona, and her sister Heidi, who Kerry had with ex-husband Mark Croft.

Lilly-Sue and Heidi were supporting Brian at his Boyzlife gig in Canterbury.

Love this pic of my baby @lils.mc and her beautiful and talented sister Heidi at our @officialboyzlife gig

In the picture Brian is seen embracing and kissing both girls.

He commented: “Love this pic of my baby @lils.mc and talented sister Heidi at our @officialboyzlife gig.”

Lilly-Sue responded: “Love you,” while a follower said: “Such a lovely photo embracing Heidi too. If only all parents willingly excepted blended families this way.”

Another follower added: “Your love for your daughter’s siblings is heartwarming.”

Happy Birthday to my beautiful baby @lils.mc 17 today. I love you xxxx

They were married between 2002 and 2006 before splitting.

Brian and Kerry recently had a bit of a spat over comments Brian made explaining why he won’t ask his daughters to be bridesmaids when he marries partner Danielle Parkinson.

My babies celebrating my engagement x

He told OK! Magazine: “They’ve been bridesmaids for their mother about five times already so they’re probably sick of it. There’s only so many times you can be a bridesmaid. They must be thinking, ‘Not another [expletive] wedding!'”

Kerry has been married three times – once to Brian and then to Mark Croft and the late George Kay.

When he and Kerry split, Brian went on to marry Vogue Williams and has also been engaged to Delta Goodrem.

Kerry responded to his comments, telling new! magazine: “Er, you’re on your third one now love – we’re equal. And for the record, Brian’s been engaged more times than I have.”

She added: “But I’m not bothered – he’s right, the girls probably are sick of weddings. Molly’s been to all of mine. But I’ve no doubt they’ll support their dad 100 per cent when he walks down the aisle again.”