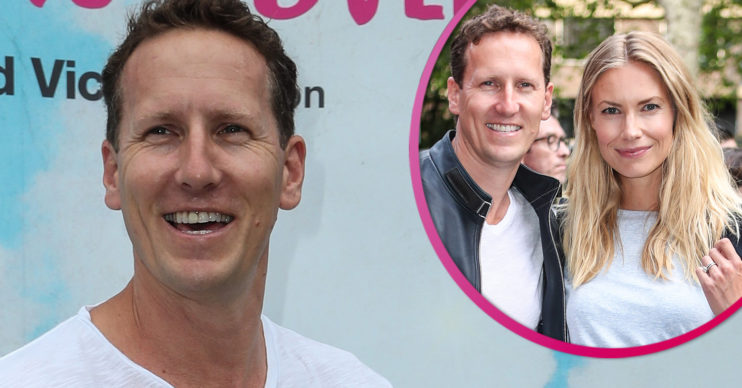 The couple have been married for 10 years

Brendan Cole recently enjoyed a trip away with his wife to celebrate their anniversary.

The former Strictly Come Dancing pro shared snaps to his Instagram on Thursday.

The couple jetted off to Majorca and enjoyed some sunshine amid the coronavirus pandemic.

A little peak into our beautiful wedding anniversary night away last week to @sonbrull. A truly beautiful hotel and spa that is well worth a visit here in beautiful #mallorca. @thezoec @zoecoledesign #sonbrull #sonbrullhotel #mallorcalife #anniversary

What did Brendan Cole say?

The dancer wrote: “A little peak into our beautiful wedding anniversary night away last week to @sonbrull.

“A truly beautiful hotel and spa that is well worth a visit here in beautiful #mallorca.”

In one image, Brendan is seen sipping on a drink in the sun.

Another shows his wife Zoe walking along a pathway in a white summer dress.

Another sees Zoe enjoying a bubble bath and others show the couple’s stunning room.

Fans gushed over the pictures, with one writing: “It looks truly fabulous, I hope you enjoyed yourselves.”

A little peak into our beautiful wedding anniversary night away last week.

The couple married at St Nicholas’s parish church and it was definitely a star-studded event.

#Repost @thezoec with @get_repost ・・・ Happy days making memories in the sunshine with my loves.

What did Brendan Cole say about his wedding day?

Speaking about their wedding day, Brendan previously told Hello! Magazine: “Zoe just looked like an angel. She takes my breath away.”

Zoe added: “Brendan and I just kept looking at each other and grinning throughout the day,

“Seeing Brendan there was incredible. As soon as I saw him, I just felt incredibly calm. He looked so handsome in his morning suit.”

Read more: Was Brendan Cole fired from Strictly, is he married and what does the Celebrity SAS star do now?

The couple welcomed their first child, daughter Aurelia, two years after their big day on Christmas 2012.

Meanwhile, Brendan was axed from Strictly in 2018 after 15 series.

Do you miss Brendan on Strictly? Leave us a comment on our Facebook page @EntertainmentDailyFix and let us know.