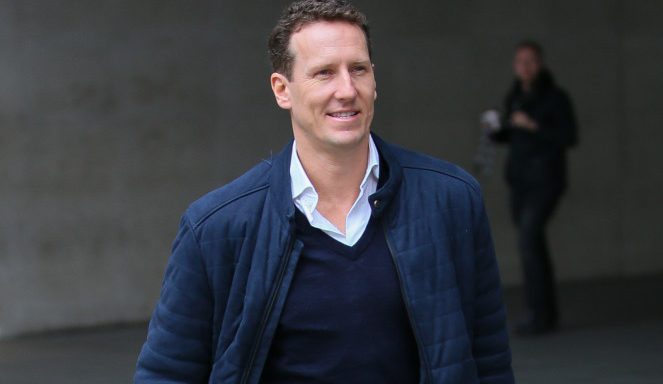 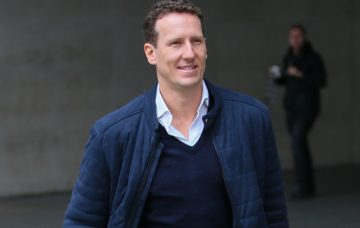 He also named his couple to watch this year

In his new column for Hello! magazine, Brendan spilled his thoughts on this year’s Strictly pairings after Saturday night’s launch show saw the celebrities meet their dance partners for the first time.

And unfortunately for Susannah and Anton, it’s not good news from Brendan…

Brendan wrote of their pairing: “I felt it was way too predictable! It will be fun for a few weeks but I am expecting an early exit for them both. Once again they have given Anton an older contestant – which is a bit boring.”

However, he added of fashion presenter Susannah: “I like her banter and think she will be really fun.”

On the other end of the spectrum, Brendan suggested Casualty’s Charles Venn and pro dancer Karen Clifton are the “couple to watch” this year.

He wrote: “Is he single? Because the chemistry is obvious! He has the perfect partner in the show in Karen as what she delivers is amazing.”

Brendan was axed from Strictly earlier this year despite being one of the original pro dancers.

At the time, he said: “I’m a little bit in shock. I’m quite emotional, a bit raw about it.”

However, he sent a message of support to this year’s Strictly dancers before the show started, saying he’d be cheering them on and watching from home. 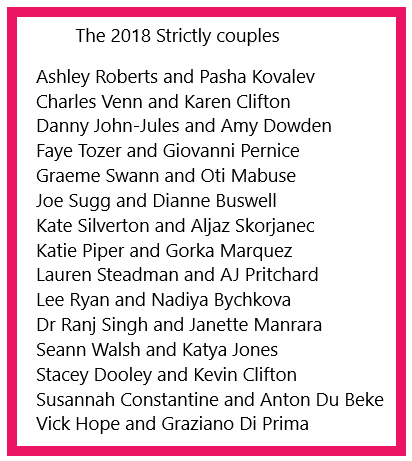 Strictly’s new series kicked off with great ratings, attracting an average audience of 8.1 million (40.9% share) and peaking at 8.5 million viewers, making it the most watched show of the day across all channels.

Strictly’s ratings trounced those of rival show X Factor over on ITV.

Saturday’s episode of X Factor, meanwhile, drew an average of 4.6 million viewers (24% share), including those watching on the ITV HD and ITV+1 channels.

X Factor peaked with 5.6 million viewers and was the most watched show of the evening for 16 to 34-year-olds, with a 39% share of the viewing for the age category.

Strictly Come Dancing and The X Factor did not directly compete against each other on Saturday, with Strictly starting at 7.35pm and The X Factor beginning at 8.30pm, but there was a 30-minute period of overlap.

What do you think of this year’s Strictly couples? Leave us a comment on our Facebook page @EntertainmentDailyFix and let us know what you think!