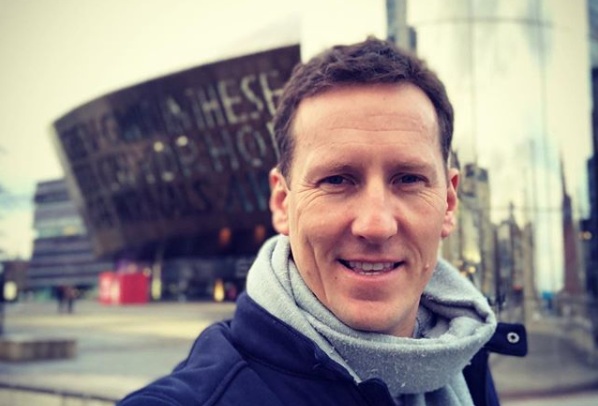 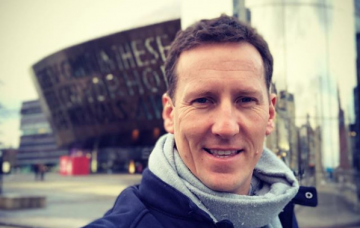 The dancer took a dip in an idyllic pond in the countryside – in his birthday suit!

He posted a picture of his swim, showing himself standing in the pond, with his bum – and some impressive tan lines – on full display.

He also shared a slightly more modest picture of the scene – sitting at the base of a small waterfall.

Naturally fans loved the snaps, with one telling him: “Certainly a lovely view!

Another joked, “Well that just cheered up a rather dull Tuesday!” while a third wrote: “Cheeky but made a lot of people smile today.”

Brendan was axed from Strictly earlier this year but will be commentating on the new series in a column for Hello! Magazine.

He has claimed the “couple to watch” will be Casualty’s Charles Venn and Karen Clifton.

“Is he single?” Brendan wrote. “Because the chemistry is obvious! He has the perfect partner in the show in Karen as what she delivers is amazing.”

He also praised the pairing of Blue’s Lee Ryan with Nadiya Bychkova – claiming he’d predicted that they would be matched.

“As soon as Lee was announced I thought he would get Nadiya,” he said. “It’s headline gold.”

But he was less enthusiastic about some of the other matches, claiming Anton Du Beke being paired with Susannah Constantine was “predictable.”

He also expressed doubt about the coupling of cricketer Graeme Swann with Oti Mabuse, speculating that their priorities might not match up.

“She is an amazing dancer and a fantastic girl, but she is also one of the toughest pros while Graeme seems to be there for a good time so that will be interesting at least!” he said.

What do you think of Brendan’s cheeky shot? Leave us a comment on our Facebook page @EntertainmentDailyFix and let us know what you think!