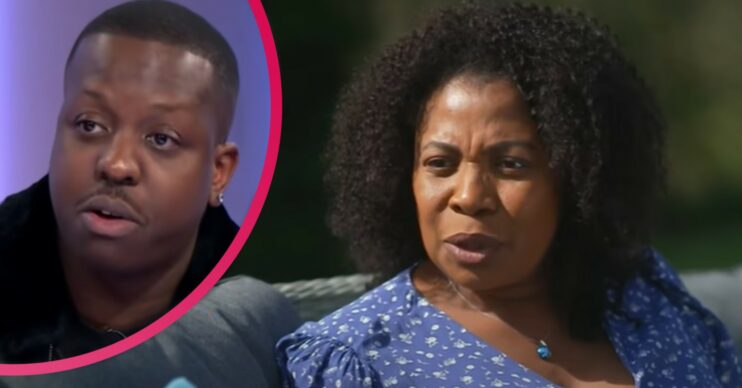 Brenda Edwards has revealed her son Jamal‘s cause of death as she admitted she’s “in shock”.

The Loose Women star issued a lengthy statement to confirm that Jamal died due to “cardiac arrhythmia” which is caused by “having taken recreational drugs”.

Brenda admitted she’s “still trying to process it” and felt it was important for her to address it.

In a statement, shared to her Twitter page, Brenda said: “Firstly I wanted to thank each and every one of you who has reached out, sent messages and been there for me and my family since Jamal passed away in February.

“We have been so incredibly touched by the outpouring of love and support, and you are all helping us try and get through the unimaginable.”

Brenda continued: “Since I last spoke, I have sadly learned that the cause of Jamal’s devastating passing was due to cardiac arrhythmia caused by having taken recreational drugs.

“I wanted to address this to everyone who loved, admired, and respected my son.

“Since finding out the news, I’ve been in a state of shock, and I’m still trying to process it.

“But it’s so important to me that I do address it as no mother or any loved one should have to go through what Jamal’s sister, Tanisha, and I have been through since he passed.”

Brenda said Jamal had “the world at his fingertips” and a “zest for life” which was “unwittingly taken away far too soon”.

What else did Brenda say?

Brenda went on to warn that “these types of substances are extremely unpredictable”.

She continued: “His passing has shown that any one bad decision on any one occasion can lead to devastating consequences.

“It’s so important that we drive more conversation about the unpredictability of recreational drugs and the impact that they can have.

“I would do anything to have my son back but that is just not possible so if I can help save one life, then we will have achieved something.”

Jamal Edwards cause of death

Brenda concluded her heartbreaking message speaking about the “strong” mother and son bond she and Jamal shared.

She also spoke about how Jamal inspired others through his work.

Brenda added that she’s “proud to call him my son”.

Brenda said: “In Jamal’s own words – ‘the goal isn’t to live forever; the goal is to create something that will.’

“My beautiful son, you did that and then some.”