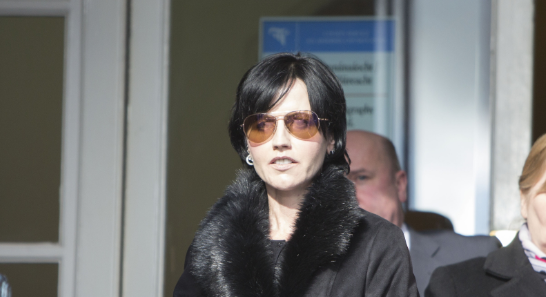 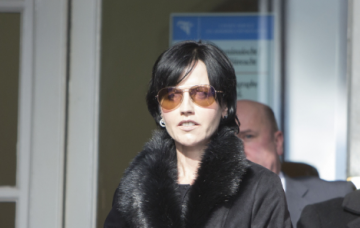 Lead singer of rock band The Cranberries, Dolores O’Riordan, has died suddenly at the age of 46.

She had been in London for recording sessions.

A statement from her publicist read: “The lead singer with the Irish band The Cranberries was in London for a short recording session.

“No further details are available at this time.”

The statement also said: “Family members are devastated to hear the breaking news and have requested privacy at this very difficult time.”

The Cranberries reached worldwide fame in the 1990s with songs including Zombie, Linger and Dreams.

James Corden and Duran Duran are among the stars to pay tribute.

Comedian and TV star Corden said he met the singer when he was 15.

“She was kind and lovely,” he wrote on Twitter. “I got her autograph on my train ticket and it made my day. She had the most amazing voice and presence. So sorry to hear that she’s passed away today x.”

Duran Duran said they were “crushed to hear the news”.

“Our thoughts go out to her family at this terrible time,” they added.

Dave Davies of The Kinks shared a picture of himself with O’Riordan.

He said: “I’m really shocked that #DoloresORiordan has passed so suddenly – I was talking to her a couple weeks before Christmas she seemed happy and well – we even spoke about maybe writing some songs together – unbelievable god bless her.”

US singer Josh Groban tweeted: “Nooooo!! Have always adored her songs and voice.”

Irish musician MayKay said the singer had a “huge impact” on her.

She tweeted: “Watching the light and shade in her performances, her voice, her attitude. She’s the reason so many young girls saw a place for themselves in rock music. So, so sad.”

Irish group Kodaline previously toured with The Cranberries.
“Absolutely shocked to hear about the passing of Dolores O’Riordan!” they tweeted.
“@The_Cranberries gave us our first big support when we toured with them around France years ago! Thoughts are with her family and friends.”

The musician was in London for a recording session when she died suddenly.