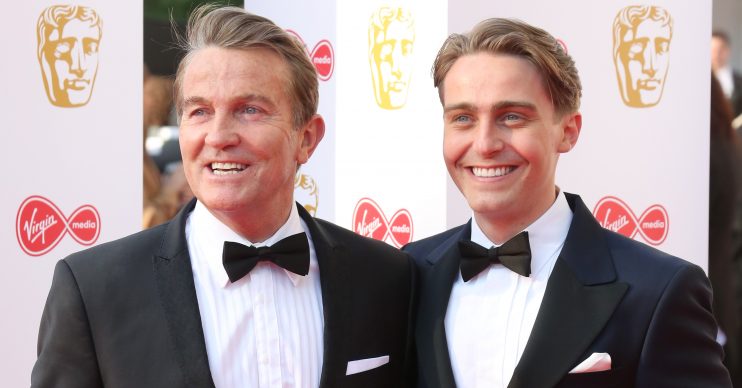 Presenter Bradley Walsh’s game show The Chase might be a hit with ITV viewers, but it appears the star’s son prefers one of its biggest rivals.

Barney Walsh, 21, revealed in a Q&A on social media that his favourite quiz show isn’t his dad’s.

Speaking to fans on Instagram, he was asked which is his favourite and responded: “Pointless.”

Pointless and The Chase are currently two of the genre’s biggest rivals. Both occupy the same weekday evening time slot, with The Chase starting at 5pm on ITV and Pointless getting underway at 5.15pm over on BBC One.

Bradley has fronted The Chase since the programme’s launch in 2009.

Earlier this year, he appeared in a new show of his own called Bradley Walsh & Son: Breaking Dad.

The pair featured on This Morning together in January to talk about the four-part documentary series, which saw Barney drag his old man out of his armchair and fly him to the US for a 2,000-mile road trip from Los Angeles to New Orleans.

Co-host Eamonn Holmes asked Barney where he got his inspiration for the show.

Barney explained: “I’ve been doing a lot of travelling this year, I’ve been making charity documentaries.

“And the television company that we ended up making Breaking Dad with, Hungry Bear, they saw that and said we’d love for you to do something with your dad.

“I thought, that’s an incredible idea. Because dad works so hard. If he’s not doing the Chase he’s doing Doctor Who or this or that.

He added: “[Dad] hardly gets any time off, so when he does have a little bit of time off he just likes to sit in front of the telly and watch his favourite films…”

Bradley then cut in, “And what’s wrong with that!?” prompting Eamonn to tell him “[You’re a] man after my own heart.”

Bradley’s a hit with The Chase viewers, who love him for his banter with the show’s formidable lineup of quiz masters or ‘chasers’ – Anne Hegerty, 60, Mark Labbett, 53, Shaun Wallace, 59, Paul Sinha, 49 and Jenny Ryan, 37.