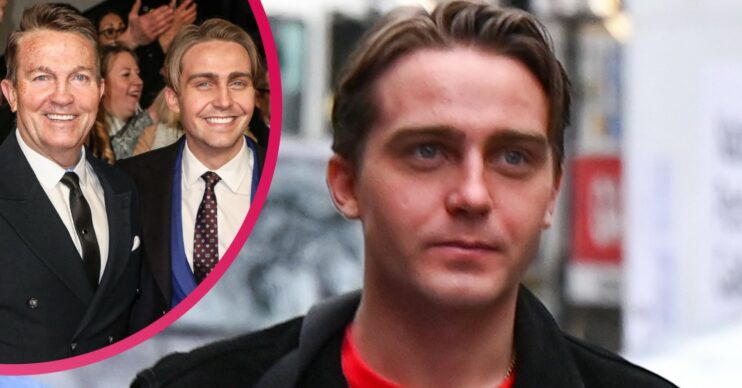 He urged his followers to 'block or report' fake accounts

The Chase presenter, 61, and his 24-year-old son are known for their hilarious antics on ITV’s Breaking Dad.

But in a post on social media yesterday (February 16), Barney got serious as he issued a warning to his followers over fake accounts.

Barney explained that some of his followers have been targeted by fake accounts pretending to be his management.

In a post on Instagram Story, he wrote: “Hi guys! I’ve had a few of you dm me lately showing me screenshots of various accounts claiming to be me or my agent/management.

They are not real!

“If you get any messages from other account claiming to be me or management then please know they are not real and you should block or report them.”

He concluded: “Thanks everyone x.”

In November, the star shared a video as he backed Martin Lewis’ campaign against paid-for scam adverts.

At the time, Bradley shared on Instagram: “Hi Instas, just a post regarding scam adverts across the web.

“Please don’t fall for them as I and many of my colleagues in our industry have not endorsed them. We signed a letter yesterday which I will also post. Please keep safe and I’ll post again tomorrow. Brad.”

Meanwhile, it comes after Bradley seemingly distracted viewers on a recent episode of Breaking Dad.

During the episode, the star and his son were in Denmark as they took on another of their dangerous challenges.

This one involved a harness as they clambering over the rope bridges suspended high above old shipping containers.

But as Bradley took on the challenge, fans admitted they were distracted by his “bulge” in the harness.

Sharing a screenshot, one declared: “Watching Bradley & Barney: #BreakingDad and the bulge was so distracting. Love those 2! #bulgingTrousers #mademelaugh.”

At the time, another commented: “Is it okay to be checking out @BradleyWalsh in his grey joggers?”

The fourth series of the popular show is currently airing on ITV.