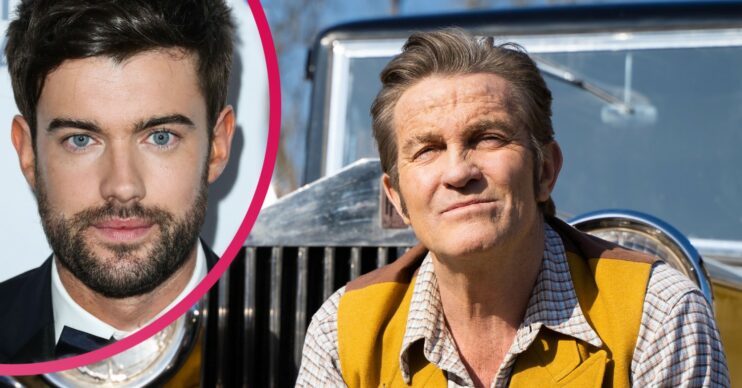 Bradley Walsh overtaken by Jack Whitehall as Britain’s highest-paid star – but how much did he earn?

What a year Jack's had!

Jack Whitehall has overtaken Bradley Walsh as the highest-paid star in the UK, reports claim.

Bradley, 61, has become an established star thanks to his stints on The Chase, Beat The Chasers, Breaking Dad and the forthcoming ITV drama, The Larkins.

But now there’s a new kid on the block.

Who has overtaken Bradley Walsh and how much has he earned?

The Sun reports that Companies House records show that comedian and presenter Jack, 33, has total assets of £14.6million from the last year.

This eclipses the £12.5million Bradley was worth.

Read more: OPINION: Bradley Walsh is so overexposed – it’s time to give up-and-coming presenters a chance

Furthermore, the newspaper says that Jack is now worth more than many established telly stars such as Holly Willoughby and Phillip Schofield.

“At the top of his game”

A source told the newspaper: “Jack is at the top of his game.

“With a top agent for a dad, and an amazing contacts book of his own, he’s incredibly shrewd.

“Jack’s very hands-on with all his deals, as well as his shows and performances [and] more importantly, he’s also a top lad away from the big screen, and absolutely no-one can resent him this success.”

In the recent past, Jack signed a £7.5million deal with streaming giant Netflix.

What is Bradley in next and will there be another series of Breaking Dad?

As for Bradley, his star is still high.

On top of daily episodes of The Chase, he plays Pop Larkin in the new version of The Darling Buds Of May, The Larkins.

That starts on Sunday night on ITV (October 10).

He’s also presenting the new series of revived gameshow Blankety Blank on BBC One every Saturday.

And he also gave an update on the new series of Breaking Dad.

On This Morning this week, he said: “We’re off to Scandinavia and that’s been fantastic.

“I got a phone call this morning in the car from a couple of companies for me to go New Zealand, saying ‘Can we please bring Breaking Dad to New Zealand?’

“They’re desperate for it, it’s a big hit in New Zealand.”