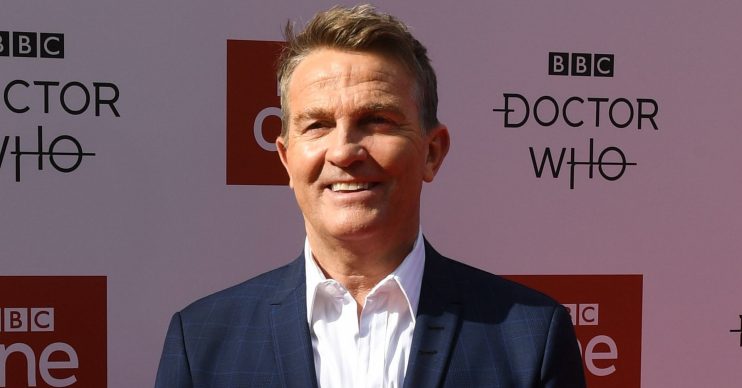 Bradley Walsh ‘lands role in Darling Buds of May remake’

He reportedly quit Doctor Who recently

Bradley Walsh is reportedly to follow in the footsteps of Sir David Jason by playing Pop Larkin in the remake of Darling Buds of May.

The 59-year-old actor is apparently swapping the Daleks on Doctor Who for the lead role in ITV’s new version of the popular 90s classic and will become the head of the Larkin household – a role which the Only Fools and Horses legend was known for his catchphrase ‘perfick’ in.

An insider told the Daily Mirror newspaper: “The original series, starring David Jason, Pam Ferris and Catherine Zeta-Jones, was an enormous hit, so the casting on the remake has to be just right.

“Everyone thinks Bradley will do a brilliant job as Pop. He’s perfick.”

And the remake already has the backing of the original star.

Everyone thinks Bradley will do a brilliant job as Pop.

David said recently at the premiere of Cirque du Soleil’s Luzia at the Royal Albert Hall in London: “We need more of that style to balance the shows we’ve got.

“We’ve got a lot of hard-hitting and rude, vulgar shows. You get an awful lot of that and, like a lot of people, I’m [like], ‘How can I sit there with my mother-in-law and my daughter?’ We switch it over.”

Ent Daily has contacted reps for Bradley for comment.

It was reported in November that the show – set in the 1950s – was to be “revamped” to replace The Durrells.

An insider told The Sun at the time: “A revamped version of The ­Darling Buds Of May is just the kind of show ITV needs to keep its reputation for making family-friendly dramas.

“It brought people together around the TV almost three decades ago, and they’re hoping it will provide the same shared experience once again.”

Meanwhile, it’s been reported that Bradley – who hosts The Chase on ITV – left BBC sci-fi series Doctor Who after speaking about the gruelling filming schedules.

The former Coronation Street star – who had played Graham since 2018 – is set to leave after this year’s festive special alongside co-star Tosin Cole (Ryan) as Jodie Whittaker’s Time Lord faces the fearsome Daleks.

Read more: Doctor Who viewers are all saying the same thing about Bradley Walsh as BBC fave returns

Mandip Gill’s policewoman Yaz looks set to return though, with Jodie already confirmed to be back as the Doctor for a third season.

The exit storyline for Graham and Ryan is being kept under wraps ahead of the seasonal special at the end of the year.

A source told the Mirror: “Two years is a long time in the world of Doctor Who. Yaz will be back but Christmas will be the last outing for Ryan and Graham.”

Speaking of the how “tough” it is working on the show, Bradley previously told The Mirror: “We have great fun doing it. But you must sleep and look after yourself, because if you don’t, you will come unstuck.