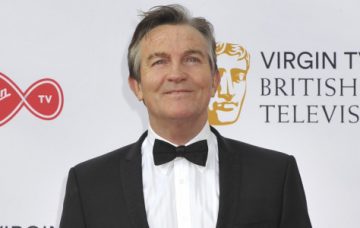 This will be SO good, right?

Bradley Walsh has thrilled fans by asking them to take part in a brand new TV show with him!

The telly favourite – who hosts The Chase and stars on Doctor Who – announced on Wednesday morning he’s about to get even busier as he’s filming a brand new entertainment chat show pilot for ITV.

And YOU can take part!

Bradley, 58, shared a photo to Instagram showing a casting call for the new programme, which has yet to be named.

It read: “We are looking for fun, confident big characters and groups of friends and families to come and take part in a brand new entertainment chat show pilot for ITV.

“If you are up for getting involved in our studio games and challenges alongside our brilliant celebrity guests – get in touch!”

Bradley posted the call alongside a caption explaining he’d shared the call-out rather than his usual video showing him singing along to the radio in his car.

He wrote: “Good morning Instas !! Not a #braddersbangers this morn but a request for a new show we’re making at ITV . If you fancy it please apply and I’ll see you there !! Lots of love Bradders !!!”

There was excitement as people tagged in pals and asked who was up for applying to appear on the show alongside Bradley.

One asked a friend: “Omg please can we apply I just wanna meet the one and only Bradders.”

Another agreed: “One thing it’ll be brilliant and funny if you’re the host Bradders.”

As well as hosting ITV’s daytime gameshow The Chase, he currently stars in the new series of Doctor Who alongside the programme’s first female Doctor, Jodie Whittaker.

Bradley previously revealed how he juggled filming for Doctor Who with his ongoing commitments on The Chase.

He told Digital Spy that producers of both shows “plate-spin between the two of them.”

“That’s an ongoing contract I have with ITV so I have to take care of that,” he said. “Everyone here at the Beeb, especially [producer] Matt and his team, has been unbelievably accommodating.”

Would you apply for Bradley’s new TV show? Leave us a comment on our Facebook page @EntertainmentDailyFix and let us know what you think!