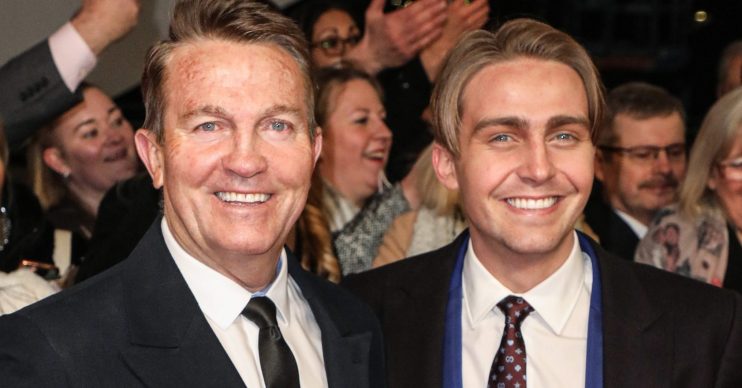 The man he always wanted to be

Bradley Walsh has paid tribute to his son Barney and called him “the man I always wanted to be” in a sweet tribute on social media.

Just days ahead of the conclusion to their latest TV adventure, the presenter took to Instagram to share a heart-warming throwback photo of them alongside a snap from Breaking Dad series two.

In the caption, Bradders called Barney his “hero” and told him he “loves every second” in his company.

He wrote: “To my Darling son Barney. 12 years is a long time. There you were by my side and here we are now roles reversed with you leading the way.

“You are my hero and the man I always wanted to be.

I love every second in your company.

“Our travels have been awesome and I love every second in your company. Love always, Dad.”

Barney responded in the comments, thanking his old man for an “incredible journey” across the US.

“Thank you, Dad,” he wrote. “What an incredible journey! I feel so grateful to have shared this experience. Love you very much.”

In the latest episode, Bradders and Barnes’ US road trip took them to snowier climes as they explored the area around the famous Niagara Falls, stayed at a lodge run by descendants of The Sound of Music’s Maria von Trapp, tried out ice hockey on one of the world’s most famous rinks and went dog sledding.

One particularly emotional moment struck a chord with viewers.

Bradley revealed that Barney was celebrating his 22nd birthday and pulled out a birthday card. Barney was hesitant to read it while the cameras were still rolling, and when he did, the message inside reduced him to tears.

Series two has been a huge hit with fans of The Chase presenter and his son, whose adventures this time around have included everything from competitive lumberjacking and river rafting to ghost hunting and dangerous rodeos.

It’s been so popular that fans of the programme, having already pestered ITV to make the episodes longer than 30 minutes, are now begging the broadcaster to commission a third series.