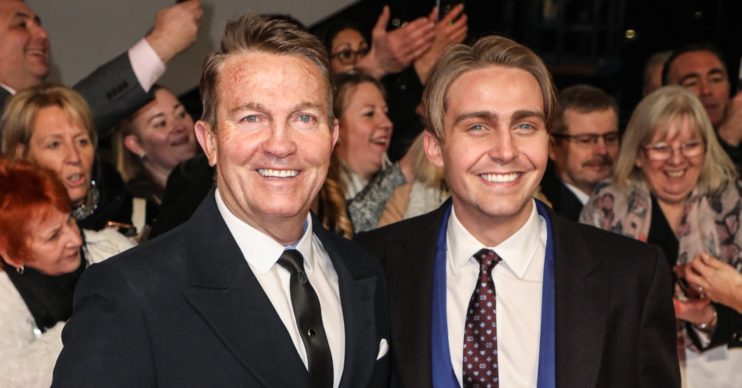 No word yet on when it will air

Presenter Bradley Walsh and his son, Barney, are reportedly filming a new show for ITV to keep Brits entertained during the lockdown.

The pair delighted fans earlier this year with another series of their road trip show, Bradley Walsh & Son: Breaking Dad.

For their second outing, the pair embarked on a hilarious – and at times, somewhat dangerous – journey along the east coast of the United States of America.

And now, it seems the father-son duo have another project in the works.

According to ITV’s head of factual entertainment, they’re in the process of filming a new show from their family home.

ITV’s Sue Murphy said of the project: “It’s the two of them at home and it’s great fun, it’s that kind of intergenerational fun.”

There’s no word yet on what the programme will be called or what it will involve.

It’s also not yet known when the show could air.

It’s the two of them at home and it’s great fun.

Viewers were bowled over with the latest series of Breaking Dad.

Series two was a huge hit with fans of The Chase presenter and his son, whose adventures the second time around included everything from competitive lumberjacking and river rafting to ghost hunting, dangerous rodeos and dog sledding.

The first series, which aired in 2019, ran for just three episodes. And when the show returned that figure was expanded to six.

Speaking ahead of the final episode, one fan said on Twitter: “How great is #breakingdad? Never set out to watch this when it started a few weeks ago, but sooo glad I did! What a beautiful relationship #BradWalsh has with his son #BarneyWalsh. Hopefully there’s another series. What about Asia somewhere, producers?”

Another tweeted at the time: “@ITV please commission another series, but make it an hour long each episode. Amazing bond between father and son, so genuine (Barney is kinda hot too) #breakingdad #barneywalsh #bradleywalsh.”

This week has been a good one for Bradley Walsh’s fans.

He’s been on screens twice an evening since Monday, when the spin-off series of The Chase, Beat The Chasers, got underway. The five-part quiz show concludes tomorrow (Friday, May 1) at 9pm on ITV.