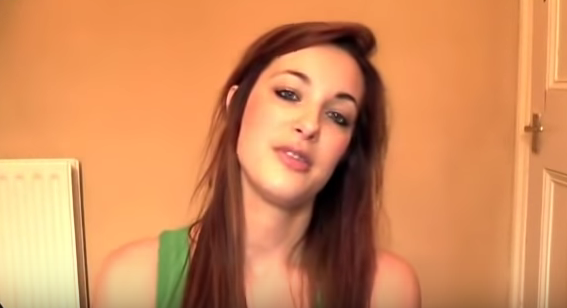 He bought it for her

The boyfriend of Emily Hartridge has spoken of his devastation over the TV presenter and YouTube star’s tragic death last week.

Emily was killed in a road accident in South London last Friday. At the time, she was riding an e-scooter that personal trainer Jake Hazell had bought for her.

And in a candid interview, Jake has revealed that he’s had to deal with internet trolls blaming him for his girlfriend’s death.

Emily, who presented the Channel 4 show Oh [Bleep] I’m 30, and also fronted her own YouTube channel with 345,ooo followers, died following a collision with a lorry near her home in Battersea.

She was just 35 years old at the time of her death.

The presenter had been riding an e-scooter that Jake had bought her for her birthday – a moment that was captured on one of Emily’s YouTube videos.

Such devices are not road-legal in the UK – but Jake has admitted that he and Emily didn’t realise.

And now, he’s spoken of his grief over Emily’s death, and the abuse he’s received from Emily’s fans online.

He told The Sun On Sunday: “People have told me I’m to blame because I bought it for her, but I can’t think like that.

HAPPY BIRTHDAY TO THE COOLEST PERSON I KNOW ❤️

“I did get a few ­messages on Instagram from trolls telling me it was my fault, which is not nice but that’s what you get online.”

However, Jake revealed that Emily’s family have not pointed the finger at him.

He continued: “It was an awful accident and Emily knew the risks she was ­taking. I went to stay with her parents and her sisters, who were devastated but so supportive.”

Following Emily’s death last week, Jake shared a video on his Instagram page, in which he tearfully explained how he’d been affected by the tragedy.

He said: “Emily was the person who encouraged me to talk about how I was feeling, so I just wanted to put a video out here to say thank you and let people know I’m OK.

“I love you all and I love Emily, and I really appreciate all of the support.”