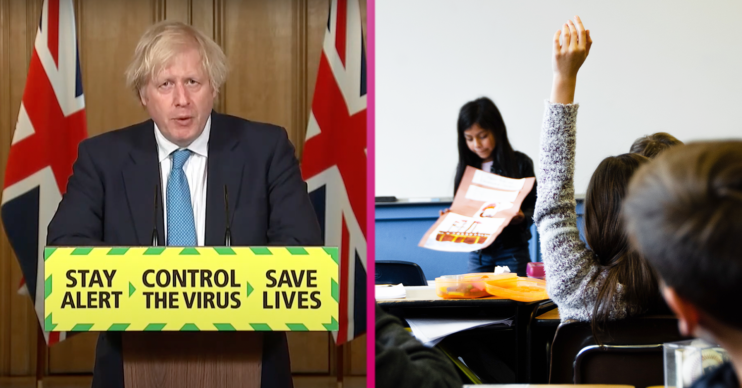 Boris Johnson urges parents to send their children back to school

Prime Minister Boris Johnson has urged parents to send their children back to school.

Millions of primary school children are now allowed to return to school.

Those in nursery, reception and years 1 and 6 can go back.

Secondary pupils in years 10 and 12 have also started returning for face-to-face classes for the first time since lockdown began in March.

Boris – who is a father of six – assured parents it is “safe” for their children to return.

He made the comments in the government briefing last night (June 16).

The PM said there was no need for kids to “miss out” on any more of their valuable education.

“It has been very good to see more and more children coming back to school this week,” Boris began.

“I want to assure you it is safe”

“Some secondary school pupils are now returning for face-to-face contact with their teachers ahead of the exams next year,” the PM added.

“But I want to say to all parents whose children are eligible to return in primary school – and there are loads of them – I want to assure you it is safe.”

Boris added: “There is no need for your kids to miss out on their education. I hope they will go to school.”

Official statistics show that parents are clearly wary of sending their children back to school.

This is around one in 10 of the usual number of children in school.

There is no need for your kids to miss out on their education. I hope they will go to school.

“Well he never lies and definitely didn’t catch #COVID19 himself by ignoring the rules so obviously this is totally factually correct and reliable,” one Brit tweeted sarcastically.

“I wouldn’t trust this clown as far as I could throw him, which probably wouldn’t be very far,” slammed another.

“It’s not safe though, is it? When people are still contracting the virus and still dying daily, no matter how small the percentage is, it’s not safe,” said another.

“Anyone with common sense doesn’t believe a word this moron says.”

Earlier this month, education secretary Gavin Williamson revealed that the government would not be able to welcome all primary aged children back to school before the summer holidays.

He said: “While we’re not able to welcome all primary children back for a full month before the summer, we continue to work with the sector on the next steps.”

Head to our Facebook page @EntertainmentDailyFix and tell us if your kids are back at school.