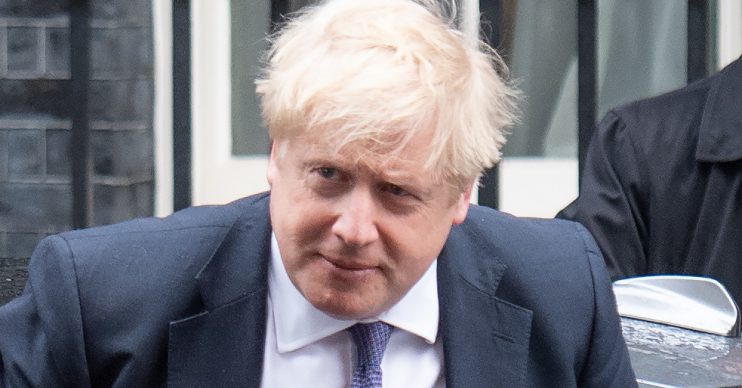 It includes comments from a 2014 blog

Andrew Sabisky, 27, has sparked outrage online with his controversial views – including comments he is alleged to have made about black people’s IQ.

Read more: Government accused of being in crisis after BRUTAL Cabinet reshuffle

As reported by Metro, he is said to have written in a blog post from 2014, now circulating on social media: “If the mean black American IQ is (best estimate based on a century’s worth of data) around 85, as compared to a mean white American IQ of 100, then if IQ is normally distributed, you will see a far greater percentage of blacks than whites in the range of IQs 75 or below, at which point we are close to the typical boundary for mild mental retardation.

“That parsimoniously explains the greater diagnostic rates for blacks when it comes to ‘Intellectual Disability’.”

“It [is] simply a consequence of the normal distribution of cognitive ability, because there are significant differences in the group means.”

Cambridge graduate Andrew has also been criticised for comments he reportedly made in 2016 to Schools Week about eugenics, a system aimed at improving a population’s genetic quality by excluding those deemed ‘inferior’.

As reported by The Independent, he said: “Eugenics are about selecting ‘for’ good things. Intelligence is largely inherited and correlates with better outcomes: physical health, income, lower mental illness.”

They will tell Boris Johnson to overrule Dominic Cummings and sack Sabisky.

And he is also alleged to have suggested that legally enforcing contraception would help eliminate unplanned pregnancies.

Writing on Dominic Cummings’ website in 2014, as reported by The Guardian, Andrew said: “One way to get around the problems of unplanned pregnancies creating a permanent underclass would be to legally enforce universal uptake of long-term contraception at the onset of puberty. Vaccination laws give it a precedent, I would argue.”

He’s come under fire on social media, with some users demanding to know why he’s been appointed and others saying he has “no place” in politics.

Your opinion on new advisor Andrew Sabinsky and his work? pic.twitter.com/m6DHd2yPw5

With the appointment of Andrew Sabisky, the gloves of this vile government have finally come off – without question it aspires to populist demagoguery, traducing of core democratic values and attacks on basic human decency. The age of Trumpism has arrived on these shores.

What the hell is @BorisJohnson doing being associated with #andrewsabisky ??? A known supporter of eugenics?! @10DowningStreet and @Conservatives have a lot to answer for 🤬🤬🤬

“Would the government like to take the opportunity to distance themselves from Andrew Sabisky’s racist beliefs that black people are mentally inferior?”
“No”

Promoters of eugenics like Andrew Sabisky should have no place in modern politics whatsoever.

Now, Boris is reportedly facing calls to sack him.

Alex Wickman, a correspondent with news site BuzzFeed, reported that the Prime Minister’s cabinet is in “revolt” over Andrew’s appointment and is calling for his dismissal.

He tweeted: “Have spoken to multiple special advisers who say they and their cabinet ministers will refuse to work with Andrew Sabisky. They won’t attend meetings where he is present or respond to his emails. They will tell Boris Johnson to overrule Dominic Cummings and sack Sabisky.”

NEW: Have spoken to multiple special advisers who say they and their cabinet ministers will refuse to work with Andrew Sabisky

In a separate tweet, he quoted an unnamed former government adviser, who said: “Hiring this imbecile is an insult to those who came before, which is a minor point I know, but Jesus wept it makes me ashamed.”

Former government special adviser: “Hiring this imbecile is an insult to those who came before, which is a minor point I know, but jesus wept it makes me ashamed.”

ED! contacted the Prime Minister‘s office and the Conservative Party for comment.