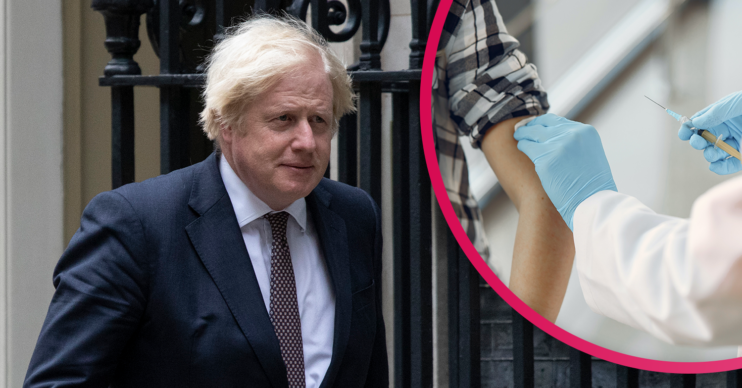 Boris Johnson to unveil winter plan: What to expect as vaccine booster scheme gets go ahead

The Prime Minister is expected to outline the key points that’ll help get Brits through autumn and winter without another devastating lockdown.

So what is Boris set to announce? Read on for all you need to know.

The PM is said to be “dead set” on avoiding any further lockdown and, as a result, will tomorrow set out a “toolbox” of options for Brits to follow in the coming months.

It’s expected that he will tell the nation they have to learn to live with the virus.

It’s also expected that he’ll outline the reasons why the vaccination programme is the key defence against soaring winter infections and hospitalisations.

What’s in the winter plan?

That’s the million dollar question, but some things have already been spelled out.

We already know that children aged between 12 and 15 will be offered the COVID-19 vaccine.

Meanwhile, older and at risk Brits will be offered a booster.

Who will get a booster?

If you were in the first wave of vaccinations first time round, you’ll doubtless be offered one.

Stage two will see all over-50s offered a jab, plus all over-16s in a flu or COVID risk group.

Any adults living with someone whose immune system is suppressed will also be offered a jab.

It’s said the government views a mass vaccine booster programme as “our first line of defence over the autumn and winter months”.

What’ll happen with holidays in the winter plan?

For anyone wanting to jet off for some winter sun, it’s good news – if you’re double jabbed, that is.

It’s expected the traffic light system will be scrapped and PCR tests won’t be required for fully vaccinated travellers.

An update to the current traffic light list isn’t thought to be taking place tomorrow.

Instead, that’s scheduled for Thursday (September 16).

Face masks are currently “expected and recommended” in any crowded places, like public transport.

However, it’s thought Boris will stop short of making them compulsory in the winter plan.

Instead, he could threaten to bring them back later in the winter should cases surge.

It’s not thought that anything will change for the time being.

However, people could be instructed to work from home again should cases surge over winter.

However, furlough is coming to an end on September 30.

There are rumours that sick pay rules could be changed to allow Brits to claim from the first day of their isolation, and not further into their time off work.

But, with 1.6 million Brits still claiming furlough after Freedom Day, it’ll be quite the shortfall to make up, so will redundancies rise?

One big rule not being axed is that if you test positive for COVID, you must still isolate for 10 days.

This is to stop the spread of the virus.

And, if you’re thinking of heading outside during your isolation, heed our advice – you can still be fined if you skip it.

However, you no longer need to isolate if you come into contact with a COVID sufferer – as long as you’re double jabbed.

Boris Johnson to unveil winter plan: Will we face another lockdown?

A full lockdown hasn’t been ruled out this winter but it is a last resort.

This means it will be considered “when the NHS is about to be overwhelmed”.

A Downing Street spokesperson said: “The winter months will bring renewed challenges. COVID will circulate alongside flu and other respiratory viruses and the threat of a new variant remains.

“It is difficult to predict with certainty how these will interact and what pressure they may place on the NHS.”

The PM’s rep has also said: “We would only ever consider those sorts of measures as a last resort.

“We all set out in more detail tomorrow what our approach would be should we see a significant increase in cases.”

So what do you think will be announced tomorrow? Join the debate on our Facebook page @EntertainmentDailyFix.