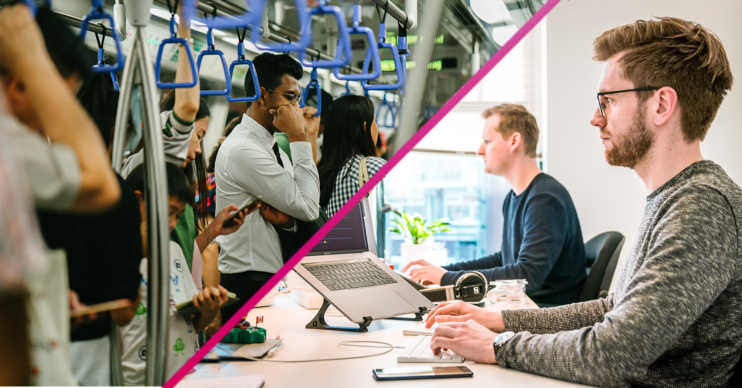 A 'nuanced' public transport system will also be introduced

Prime Minister Boris Johnson is set to tell the millions of Brits who are currently working from home to head back into the office.

Tomorrow (July 17), he is expected to reveal a blueprint for getting Brits back to work.

And it’s thought people in England will be urged to return to offices in stages from next month.

Currently the official advice is that employees should work from home if they can.

There are growing calls for the government to soften its advice, though, in a bid to boost the economy.

And Boris has said in recent days that they should now consider going back into the office.

Earlier this week he told ministers that tens of thousands of Whitehall civil servants could “set an example” by returning to work.

A government source told The Sun: “He was encouraging secretaries of state to show a lead and encourage their officials back to work.”

It’s time to go back to work

Part of the “roadmap” that’s set to be unveiled will focus on gradually getting office workers to return to work.

It’ll offer advice to employers on how to get employees back to work in the next three, six and nine months.

Employers have already been advised to implement a one-way system in offices and only allow one person at a time in lifts.

Screens have also been advised, as has back-to-back seating.

However, tomorrow’s announcement won’t give employers the green light to force employees back into the office.

Boris is also hoping to persuade Brits that the public transport network is safe to use.

It’s said that a new “nuanced system” for trains, tubes and buses will be introduced in August.

He was encouraging secretaries of state to show a lead and encourage their officials back to work.

This is because it’s traditionally the quietest period for commuters as many take time off during the school holidays.

Travel in the peak rush hour – between 7am and 9am – will be advised against. Only essential travel will be encouraged during that time.

Instead, people will be urged to walk, drive or cycle to work.

When it comes to using buses, tubes and trains, they will be told to do so between 9am and 4pm and after 8pm.

Head to our Facebook page @EntertainmentDailyFix and tell us if you want to head back into the office.