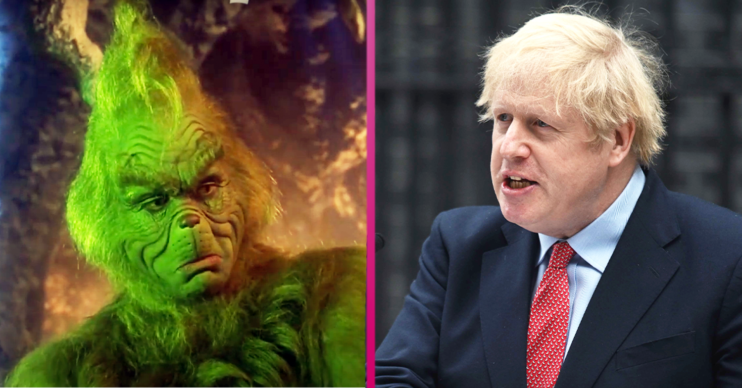 Boris Johnson has revealed his plans to save Christmas by loosening the “tough” rule of six.

Currently, people living in England are only allowed to meet up in groups of no more than six people.

However, some have commented that the “heavy-handed” rule will ruin Christmas. But it appears the PM has other plans.

How does Boris Johnson plan to save Christmas?

Speaking to The Sun, he revealed his plans to loosen the ruling so that extended families can spend Christmas together.

However, that entirely depends on sticking to the rules for now.

Boris said: “All this is to say that Christmas we want to protect, and we want everyone to have a fantastic Christmas. But the only way to make sure the country is able to enjoy Christmas is to be tough now.”

Boris said it may even mean imposing a curfew on businesses such as pubs in order to flatten the curve, which is starting to look like a camel’s double hump, he said.

Christmas we want to protect, and we want everyone to have a fantastic Christmas. But the only way to make sure the country is able to enjoy Christmas is to be tough now.

Boris said he appreciates many feel the rule of six is “excessive”. However, he was quick to note that the disease “has not gone away”.

The PM also said the death rate is expected to rise as cases across the country surge to more than 3,000 a day.

Read more: Bradley Walsh should be ‘quaking in his boots’ says TV personality after his job

However, he wants to protect the country’s economic recovery and revealed he is going all out to prevent another full lockdown.

“The crucial thing now is that I do not wish to go into some great lockdown again that stops business from functioning. What I don’t want to be doing is locking down sections of the economy,” he said, with regards to closing pubs.

Instead, he said the government would be looking at earlier closing times and urged people to be “disciplined” when it comes to following the rule of six.

So, it appears, the PM isn’t about to let the Grinch steal Christmas.