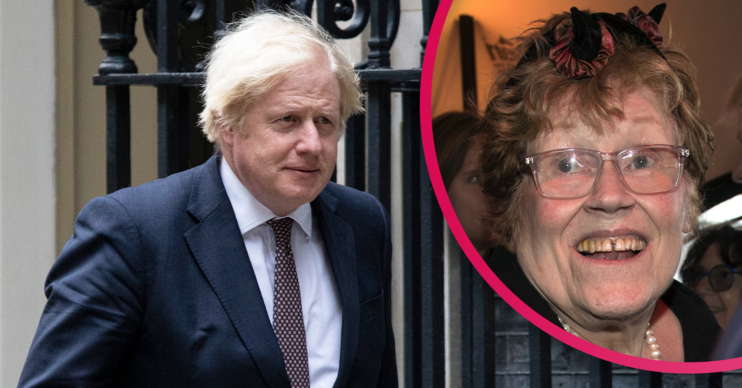 The mum of Prime Minister Boris Johnson has died “suddenly” at the age of 79, it has been revealed.

The death of Charlotte Johnson Wahl was announced earlier today (September 14) with a notice in broadsheet newspaper The Times.

And, this afternoon, Boris made his first public appearance following news of her death.

How did Boris Johnson’s mum die?

Her cause of death has not been revealed, but she was diagnosed with Parkinson’s disease when she was just 40.

Charlotte was a painter and she didn’t let her diagnosis hold her back.

How many children did she have?

The family statement described her as a “painter” and “mother of Alexander [Boris], Rachel, Leo and Joseph”.

Charlotte married Stanley Johnson in 1963, with the couple divorcing in 1979.

She then married American professor Nicholas Wahl in 1988. He died in 1996 and she returned to London.

Charlotte’s work was celebrated with a sell-out exhibition in 2004 and painted Joanna Lumley and Jilly Cooper.

However, following her divorce from Stanley she did admit to being “very hard up”.

Brits react to the news

Brits took to Twitter to send their condolences to Boris Johnson on the death of his mum.

One said: “Whatever side of the political spectrum you fall. There is nothing more painful than the loss of your mother.”

Another added: “Very sorry to hear Boris Johnson’s mother has just died. Have been there; and parents are simply irreplaceable. Thoughts very much with PM and his family.”

Boris himself previously revealed his mother taught him “the equal importance, the equal dignity, the equal worth of every human being”.

She said he was “preparing” to unveil the winter plan and, sure enough, he did appear and give a brief statement about measures going forward at 3.30p,.

Head to our Facebook page @EntertainmentDailyFix and send your condolences.