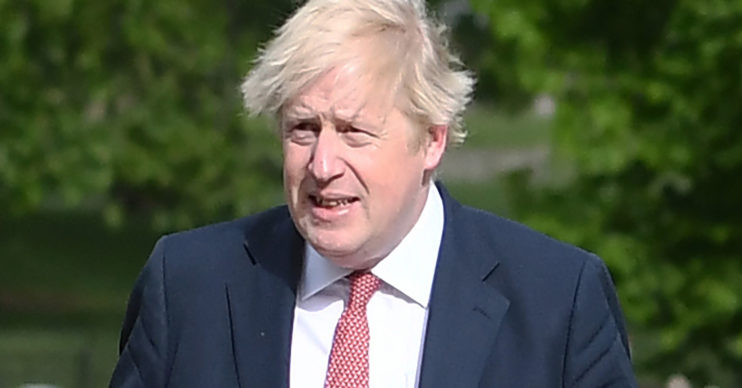 Nobody was hurt in the incident

Prime Minister Boris Johnson was involved in a minor car accident after a protester ran in front of his convoy.

Video footage shows a man jumping in front of the cars as they left the House of Commons today (June 17).

Mr Johnson, who was inside one of the vehicles, had just attended the PMQs (Prime Minister’s Questions).

As the man ran out, the front car halted suddenly and forced the one behind to hit it.

As the car pulled away, a large dent could be seen in the front vehicle.

However, nobody – including the Prime Minister – was hurt.

Meanwhile, the Prime Minister has been accused of breaking a key lockdown rule.

Back in April, Mr Johnson and his fiancée Carrie Symonds welcomed a son, Wilfred, just a month after lockdown began.

At that time, Wilfred would have been unable to visit his grandparents because of the lockdown.

However, Mr Johnson recently said those living alone can form support bubbles with one other household.

Single grandparents are now able to be reunited with their grandchildren.

He said: “Is he keeping you awake at night, has he seen his grandparents yet?”

Boris laughed at the question and first replied to the journalist’s more serious coronavirus question.

Did Boris break the rules?

He then said: “As for your other question about Wilfred, well, you know I never normally comment about these sorts of things.

“But all fine so far, all doing well.”

Many people accused the PM of brushing off the comment about Wilfred meeting his grandparents.

One person tweeted: “I see Worzel passed off the question has your new arrival met his grandparents?”

He then alleged: “That means yes he has and broke the rules.”