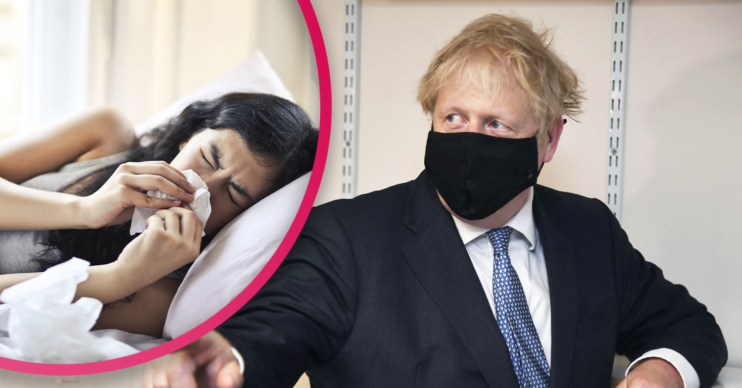 Prime Minister Boris Johnson is said to be “extremely concerned” that a second wave of coronavirus will hit the UK within two weeks.

He is said to be concerned about pockets of the virus “bubbling up” in parts of Europe and the UK.

Ministers had previously warned of the threat of a second wave in the autumn or winter.

However, Boris seems to think it could be on it’s way a lot sooner than that.

The figures most certainly seem to back up his fears.

Read more: Aldi launches seven new flavoured gins – one for every day of the week!

There has been a 28% increase in cases of COVID-19 this month.

The rolling seven-day average has seen almost 700 new cases diagnosed in the UK.

This is a rise of 28% in a period of just three weeks.

A senior government source told the Daily Mail: “People have got to realise we’re in the middle of a pandemic.”

They added: “The PM is extremely concerned by what he’s seeing abroad and fears we could be seeing the same thing here in a fortnight.”

The source continued: “He wants to go further on opening things up and getting people back to work, but he knows it’ll be his head on the block if things go wrong.”

The PM is extremely concerned by what he’s seeing abroad and fears we could be seeing the same thing here in a fortnight.

The news comes after Boris closed the air bridge with Spain.

Read more: Twin with your dog with these cute matching face mask and bandana sets

This means anyone travelling back from a holiday in the Mediterranean country now needs to isolate for 14 days.

Speaking earlier this week, the PM called for vigilance as the number of British cases continued to rise.

“The most important thing is for everybody in all communities to heed the advice, to follow the advice, not to be spreading it accidentally and get it right down and we’ll be able to ease the restrictions across the country,” he said.

Boris added: “But clearly we now face, I’m afraid, the threat of a second wave in other parts of Europe and we just have to be vigilant.”

Yesterday (July 28), another 119 coronavirus-related deaths were recorded in the UK.

The government source added, however, that there are no plans to reimpose a nationwide lockdown at the moment.