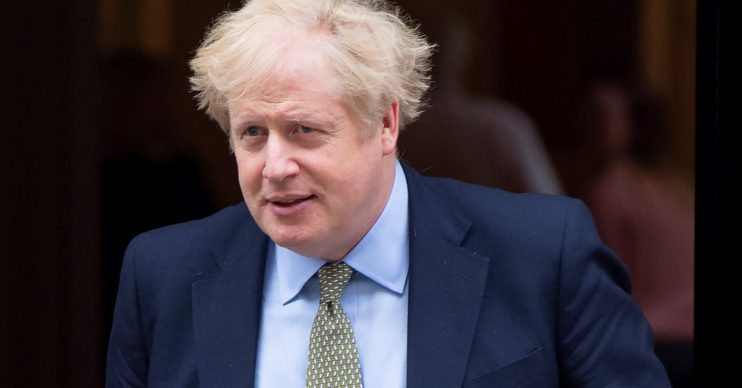 The Prime Minister is said to be in 'good spirits'

Boris Johnson is “stable” and “in good spirits” as he battles coronavirus in intensive care, No.10 has announced today.

The Prime Minister was taken to intensive care last night after being admitted to hospital on Sunday (April 5).

In a statement from Downing Street and St Thomas’ Hospital they said: “The Prime Minister has been stable overnight and remains in good spirits.

“He is receiving standard oxygen treatment and is breathing without any other assistance.

“He has not required mechanical ventilation or non-invasive respiratory support.”

The Queen is being regularly updated on Boris Johnson’s condition.

Doctors have also reportedly prepared a ventilation unit to be at his bedside should he require it.

No.10 added that there is more than enough ventilation capacity at this time.

A ventilator takes over the body’s breathing process if the lungs have failed and some believed this could be the reason behind Mr Johnson’s move to intensive care.

The news of his worsening condition was announced last night by a No.10 spokesman.

“Since Sunday evening, the Prime Minister has been under the care of doctors at St Thomas’ Hospital, in London, after being admitted with persistent symptoms of coronavirus.

“Over the course of this afternoon, the condition of the Prime Minister has worsened. On the advice of his medical team, he has been moved to the Intensive Care Unit at the hospital.”

The latest politician to self-isolate during the crisis is Michael Gove after a family member showed symptoms.

Although Mr Gove doesn’t have symptoms himself, as a result of guidance from the government he is still isolating.

Many thanks for kind messages. In accordance with the guidance, I am isolating at home after a member of my family started to display mild symptoms of coronavirus on Sunday. I have not displayed any symptoms and am continuing to work as normal. #StayHomeSaveLives

Speaking on Good Morning Britain today, Mr Gove said of the PM’s condition: “We are hoping and praying he pulls through.

“It was a shock yesterday to hear the news of his going into intensive care.

“All of us just want him to pull through.

“He is a big-hearted, generous-spirited guy, we are rooting for him.”

Foreign Secretary Dominic Raab, who is the First Secretary of State, is consequently deputising for Boris Johnson “where necessary.”

The spokesman confirmed the PM hasn’t spoken to Mr Raab directly since asking him to stand in.

They also confirmed that Chancellor Rishi Sunak will assume the role should Mr Raab develop symptoms and be incapacitated.

“Honestly it’s beyond imagination. The man’s fighting for his life!”