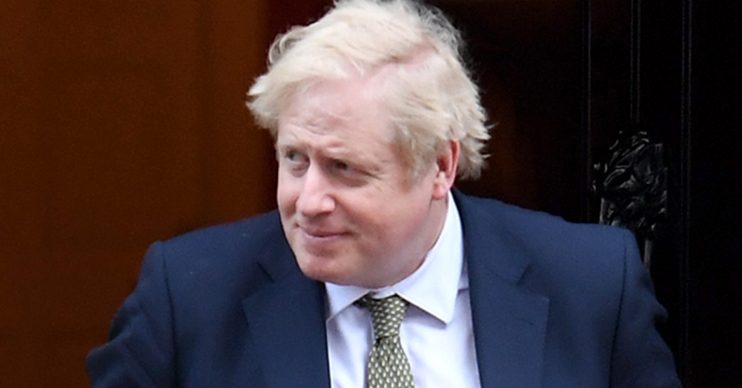 An update on the PM's condition

In an update on Boris Johnson after he spent the night in hospital with coronavirus, a senior minister has insisted the Prime Minister is well enough to continue leading the UK.

Communities Secretary Robert Jenrick said this morning (Monday, April 6) that the PM was “very much in charge” and continued to do his job from an NHS hospital.

After contracting COVID-19 earlier this month, Boris went into self-isolation. He has regularly updated Brits with videos filmed from his home at Downing Street since then.

After the PM posted a clip to Twitter on Friday (April 3), concerned followers feared he looked worse than he had in previous updates. That’s despite insisting he was feeling better.

PM hospitalised with the deadly bug

And over the weekend, news broke that the PM had been admitted to hospital. He had continued to show symptoms of the flu-like bug.

Most people hospitalised with COVID-19 spend a week or more there, on average.

But on BBC Breakfast earlier, Robert Jenrick said: “We hope that as a result of these tests, [Boris] will be able to come back to Downing Street as soon as possible.

He’s still very much in charge.

“I’m sure this is very frustrating for him, for somebody like Boris who wants to be hands [on] running the government from the front, but nonetheless he’s still very much in charge of the government.”

The PM will reportedly remain at St Thomas’ Hospital in Westminster, where he has received oxygen treatment, according to The Times.

A Downing Street spokesperson said on Sunday that Boris’ hospital admission was only for precautionary tests. They insisted it was not an “emergency” measure.

Guidelines from the National Institute for Health and Care Excellence (Nice) outline symptoms that could land someone in hospital.

The organisation suggests that medics look out for severe shortness of breath or difficulty breathing and coughing up blood.

Other red flag symptoms include blue lips or face, feeling cold and clammy with either pale or mottled skin, and  collapsing or fainting.

According to Nice, medics also watch out for new confusion, patients being difficult to rouse and when someone has little urine output.

A spokesperson for Boris said he was admitted with a high temperature, 10 days after first being diagnosed.

For now, Cabinet Minister Dominic Raab will take over “day-to-day operations” while the PM recovers.

Conservative MP Tobias Ellwood said, as reported by Metro: “Dominic Raab, the Foreign Secretary, will be chairing the Cobra Committee.

“The Prime Minister has made it clear he will be strategically leading the battle against coronavirus. But the day-to-day operations will be handed to Dominic Raab.”

Read more: Six moments from the Queen’s coronavirus speech that will reduce you to tears

It follows an emotional address from the Queen that had viewers in tears.

On Sunday (April 5) evening, the 93-year-old monarch spoke to the nation from her place of isolation at Windsor Castle.

In the footage, the Queen spoke of the address’ similarities to the message she filmed with her sister, Princess Margaret, during the Second World War.