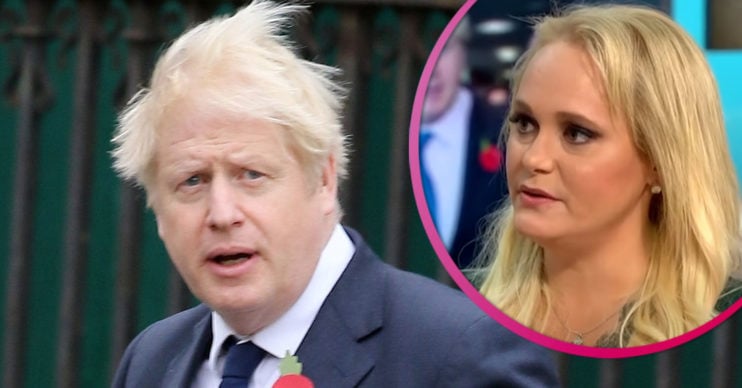 Boris Johnson allegedly cheated with Jennifer Arcuri in his family home while his then-wife Marina Wheeler was away.

Jennifer has claimed she and the now Prime Minister read Shakespeare before having sex on the sofa in 2016.

The businesswoman said they met up once a week at the height of the affair, saying she “loved” and “adored him”.

However, she also branded him “cowardly” for reportedly refusing to defend her when questions were raised about her attending three high-level trade trips and receiving a receipt of £126,000 of taxpayer money in event sponsorships and grants.

What did Jennifer say about Boris Johnson?

Speaking to the Sunday Mirror, Jennifer claimed the romance lasted from 2012 to 2016, when Mr Johnson served his second term as London Mayor.

She claimed she once left his North London townhouse just ten minutes before his then-wife Marina returned home.

Speaking about their intimate moment in 2016, Ms Arcuri told the publication: “We were discussing some of the latest chapters from his book.

“We moved on to reading Macbeth, which was a kind of foreplay routine we had. I said, ‘Let’s skip to the good stuff’. He said, ‘I love that about you, you just want to get to the good part.’”

However, Ms Arcuri said that after they “made love” she felt “conflicted being there in his family home”.

She said that if she had stayed 10 minutes more she would’ve “been in the house when Marina got back” and “that’s not a great feeling”.

The publication reports messages between the pair show how Mr Johnson texted Ms Arcuri the address of the house before saying he wanted to “check the coast is gonna be clear”.

After the all-clear, Ms Arcuri claimed she arrived to Mr Johnson making cheesy pasta along with glasses of red wine.

More text messages, seen by the Mirror, show her reminding him to empty the bins after cutting her foot on the way to the house and having to dump her stockings in a kitchen bin.

What else did Ms Arcuri say?

Meanwhile, Ms Arcuri claimed Mr Johnson was a regular visitor to her flat in Shoreditch, East London, during his second mayoral term.

However, she admitted she fell in love with Mr Johnson and started letting her guard down by accepting invitations to his marital home near the end of the affair.

Meanwhile, by early 2016, Ms Arcuri said she started feeling uncomfortable with the situation.

She said she questioned how his family would feel if the pair were found out.

Ms Arcuri said she’s “had to step back and look at exactly what happened here and I don’t want to be defined by this”.

By the end of 2016, Ms Arcuri was in a relationship with now-husband Matthew Hickey and had become pregnant with their daughter.

Meanwhile, Mr Johnson split with Marina in 2018 and is now engaged to Carrie Symonds.

ED! has contacted reps for Downing Street for comment.