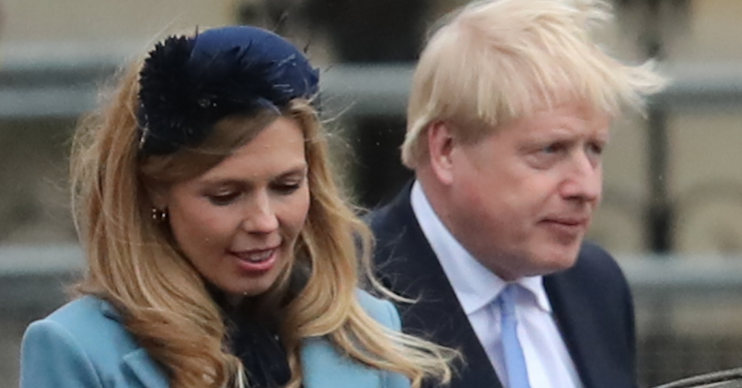 Boris Johnson baby: why have they chosen the names Wilfred Lawrie Nicholas?

Nicholas is in honour of the PM's NHS heroes

Prime Minister Boris Johnson and Carrie Symonds have not too surprisingly opted for traditional names for their baby.

Carrie revealed the tot’s name on Instagram as she also shared the first picture of her newborn son.

The couple have chosen to name the baby boy Wilfred Lawrie Nicholas Johnson.

But what’s in a name? Quite a lot in this instance.

Carrie has revealed that the name Nicholas is a tribute to Dr Nick Price and Dr Nick Hart, the doctors who helped Mr Johnson through his coronavirus last month.

The new mum also shared in her post: “Thank you so, so much to the incredible NHS maternity team at UCLH that looked after us so well. I couldn’t be happier. My heart is full.”

The Prime Minister and his fiancée welcomed Wilfred at a London hospital on April 29.

A statement from the couple’s spokesman said they welcomed a “healthy baby boy at a London hospital earlier this morning”.

Their spokesman added that “both mother and baby are doing very well”.

When did they reveal their pregnancy?

Reports emerged in February confirming Boris and Carrie were expecting their first baby in ‘early summer’.

The couple also confirmed their engagement.

A source for Downing Street said: “Boris and Carrie are both delighted at this news.

“It partly explains why he has been lying low recently – although he works flat out and that won’t change.”

BREAKING: Boris Johnson and Carrie Symonds have announced the birth of a “healthy baby boy at a London hospital earlier this morning”. Both mother and baby are doing very well, their spokesman said – PA

Boris has four children with his estranged second wife Marina Wheeler, and a love child from an affair with property developer Helen Macintyre.

Last month, Boris was admitted to hospital after testing positive for coronavirus.

A short time later, his condition worsened and doctors put him in intensive care.

After three nights in intensive care, doctors eventually moved him to a standard ward.

I’ve spent the past week in bed with the main symptoms of Coronavirus. I haven’t needed to be tested and, after seven days of rest, I feel stronger and I’m on the mend.

She said on Twitter earlier this month: “I’ve spent the past week in bed with the main symptoms of coronavirus.

“I haven’t needed to be tested and, after seven days of rest, I feel stronger and I’m on the mend.

The prime minister is now back to work after recovering from the deadly bug.

He recently made a speech and urged Brits to continue following lockdown rules.