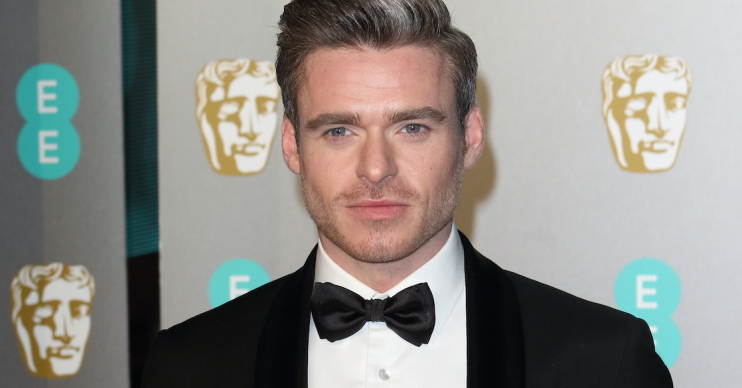 Actor showed off his style credentials at Cannes

Actor Richard Madden looked super-suave as he stepped out on the red carpet at the Cannes Film Festival yesterday.

Looking dapper, the star was attending the premiere of Sir Elton John biopic Rocketman, in which he stars as the iconic musican’s former manager and lover John Reid.

Dressed in a white tuxedo jacket, black trousers and a bow tie by Armani, fans of the Bodyguard star could be forgiven for thinking he was treating the glitzy occasion as an audition for the role of the next Bond.

Opening up about the rumours that he could be in line for the job after Daniel Craig steps down, Richard recently told The Sun: “It’s all just noise.”

He added: “There will be another British TV show with another young male actor and then he’ll be the next James Bond for the following two months.”

However, following his white tux appearance, Twitter users were quick to name the Scottish actor as the next 007. One commented: “Next Bond right there.”

Posing with his co-stars, including Taron Egerton, who plays Elton, Richard looked right at home on the red carpet, as he soaked in the admiring glances.

He added: “I only really do these things if there’s a real justification for them.”

Read more: Vanessa Feltz hints she could take over from Jeremy Kyle

Earlier in the day, Richard had posed alongside Taron, Elton and the film’s director Dexter Fletcher at the official photo call.

Opting for something a little more casual, Richard kept things simple in a pale grey suit teamed with a black flowery shirt.

After getting us all shaken and stirred with his film festival outings, Madden fans are now eagerly anticipating news of Bodyguard series two.

The first series, written by Line Of Duty creator Jed Mercurio, was a smash-hit success, and it’s been widely speculated that a second season is on its way.

Do you think Richard Madden could be the next Bond? Head over to our Facebook page @EntertainmentDailyFix and let us know!